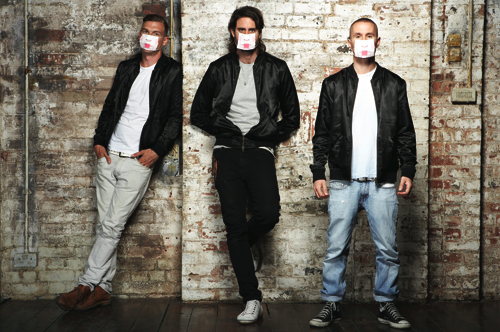 The national student TOPMAN CTRL tour stops off in Exeter this month, hosted by Channel 4 presenter Miquita Oliver on Tues 18 May at Exeter Phoenix. Having begun her Channel 4 life co-presenting Popworld with Simon Amstell, Miquita Oliver is the self-made queen of T4 after entering her tenth year on the screen. Bands playing include the Swedish band Miike Snow, whose current single ‘Animal’, is moving up the charts. Support comes from Kassidy, who have been described as everything from the missing link between Simon & Garfunkel and Oasis and hailed by many in the press as the British Kings of Leon. Following the release of The Rubbergum EP and fresh from supporting Noah and the Whale, this is an exclusive opportunity to see them in Exeter. Host, Miquita says, “I’ve picked a great mix of bands for the Exeter show, those Scandinavian musical Wizards,Miike Snow, who always put on a great show and I predict big things for Kassidy who are supporting them.” The gigs are for students only, with each gig will be filmed for Channel 4, catch the shows on Channel 4 from the 28th May.

WIN!
We’ve managed to get our hands on a pair of tickets to the Exeter leg of the Topman CTRL Student Tour. Channel 4’s Miquita Oliver has curated the night, with Miike Snow and Kassidy taking to the Exeter Phoenix stage on 18th May, alongside local band Electric Skies. The lucky winner will also get an exclusively designed Topman CTRL Tour T-shirt, created by We Have Band. For more info go to www.topmanctrl.com

To enter, simply email answer the following question:
Q: How is supporting Miike snow in Exeter on Tues 18 May?

Email your answers to 247@outofhand.co.uk and include your name and address