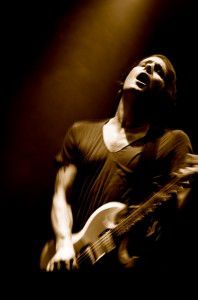 Look and listen to Ash and there’s no way you’d ever believe they’ve been going for 18 years. For starters, lead singer Tim Wheeler doesn’t look a day over 25 and it’s unthinkable that he’s been fronting a rock band since the age of seven. He’s actually in his early 30s now but that still makes him a bit of a child prodigy when it comes to music. Next, their raw and energetic indie has as much relevance now as it did back in the mid 90s. Finally, they’re still pulling the dedicated crowds.
Granted this gig was possibly one of their smallest in a while, playing to a very sweaty crowd of less than 500 in the wonderfully dark and dingy Barfly, but there wasn’t one person in there not chanting along with the hits. Think Oh Yeah, Girl From Mars and A Life Less Ordinary.
Ash launched into one of their earliest hits, Petrol, with as much energy and conviction as they had when I last saw them 10 years ago – which is no mean feat. It has to be said that a couple of their latest tunes lacked the angst and poignancy of their earlier work but then that’s pretty much a given when it comes to indie rock – after all your 30s aren’t generally as rocky as your teens. Even though Wheeler still manages to command the stage like a demon with the awesome hint of Nirvana’s Kurt Cobain about him (although this did mean he occasionally forgot his Irish twang and slipped into some irritating American sound – pet hate!)
However, last year’s new single Return of the White Rabbit and 2007’s Twighlight of the Innocents held their own among the epic and timeless songs Orpheus and Burn Baby Burn. 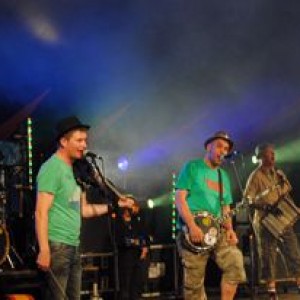 REVIEW: ENDORSE IT IN DORSET FESTIVAL 2011 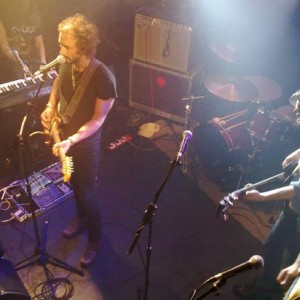 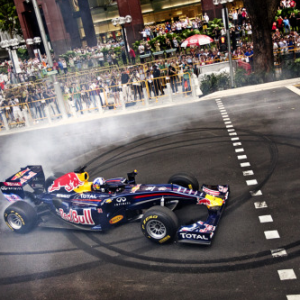