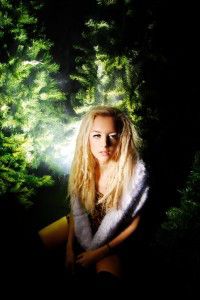 The Wig & Pen in Truro, Cornwall will be hosting an evening of exceptional cutting edge experimental music with Kat Marsh, Steve Strong plus support from up and coming singer songwriter Charlotte O’Connor on Wednesday 25 August.

Devon’s Kat Marsh is a DIY solo performer with a big voice and many instruments. Since her solo debut in 2006, she has been creating songs onstage by recording live looped vocals & instruments. With her ever-developing looping skills and introduction of fun/exciting/bizarre equipment into her live shows, Kat is aiming for something pretty special when she performs.

Having already supported the likes of Scissor Sisters, Regina Spektor and added guest vocals to albums by The King Blues and Crazy arm amongst others, Kat really is a talent to keep an eye on.

Another one man band, Steve strong is a one man arsenal of beats, tapped guitar and lush, texural melodies. His music is as withheld as it is grandiose, as skeletal as it is layered, equal parts shimmering and pulsing. It glimmers, swings and explodes in all the right places, sliding gracefully from one section to another, played as tightly as it is loose and free. Steve’s ability to bridge the gap between technical ability and captivation is completely instinctual, tattooed onto his musical conscious like the art on his body.

His music seems to encompass many different styles without feeling contrived or forced, every strand of inspiration in Steve’s music is carefully placed and melted.

Opening the night will be Blackburn’s Charlotte O’Connor. Fans of Ben Howard may recall that she opened for him in May at the sell out Acorn show in Penzance, where she charmed the audience with her beautifully crafted songs and wicked Northern sense of humour!

At only 18, Charlotte has already laid the foundations of what will no doubt be a long and successful career in the music industry. The beautiful, confident and often too modest singer songwriter has built a cult internet fan base of well over 400,000 already which has in turn attracted the brand ‘Quiksilver’, whom Charlotte now works closely with as an official ambassador. In December 2008, Charlotte signed a worldwide record deal with Columbia Records, and is currently putting together her debut album.
This show is Free Entry – Over 18 – 8pm start!