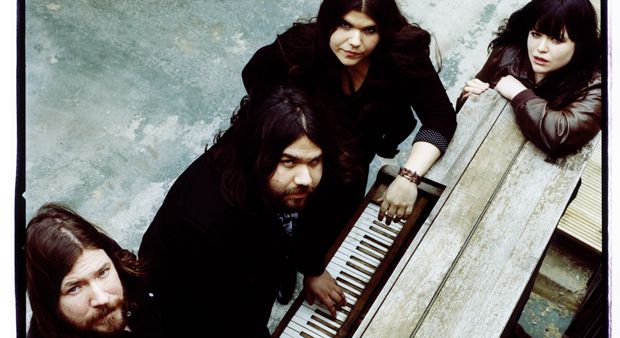 Walking into a worryingly sparse Anson Rooms (let’s face it, it has that distinctive Uni canteen feel about it) it would’ve been easy to write this gig off as a flunk. There are some venues where less than a couple of hundred people would make it seem very full, the Anson Rooms is not one of these. However, we shouldn’t have jumped to any conclusions as the venue filled up after the support act, Danny and the Champions of the World finished. And by the time the Magic Numbers took to the stage the atmosphere had picked up significantly (largely due to the wasted girl in a body suit kissing everyone whether they wanted it or not!)
The stage looked like something out of High School Musical but was strangely attractive and well suited to the Magic Numbers’ set. There’s no doubting that their newer material (from their most recent album The Runaway) is a departure from the well-received self-titled debut album and the follow up Those The Brokes but that doesn’t mean it’s crap. In fact, let’s hear it for the girls – Michelle has upped her awesome bass playing skills and Angela has worked on her Sophie Eliis Bexter-esque vocals making for a compelling show. Romeo has also become much more broody, which gives the newer tunes a much more mature, considered feel to them. Among the highlights of this new direction was the heart wrenching A Start With No Ending where they sing: “I’m just a boy pretending, you’re just a girl pretending…” and the single and opening track of The Runaway, The Pulse. But there was no escaping the rapturous applause, uninhibited dancing and mass singalong to the earlier songs – Forever Lost, Love Me Like You and Mornings Eleven. Overall, this was a completely different Magic Numbers experience but one which we should embrace (as long as they keeping throwing in the odd old favourite!) 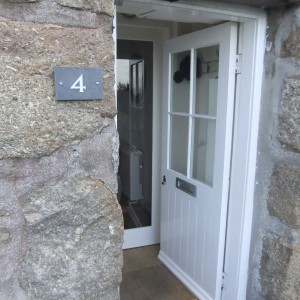 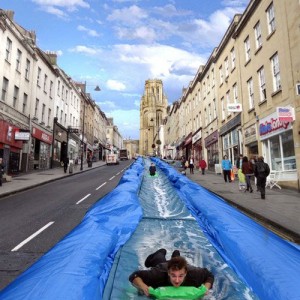 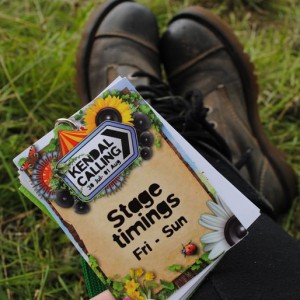