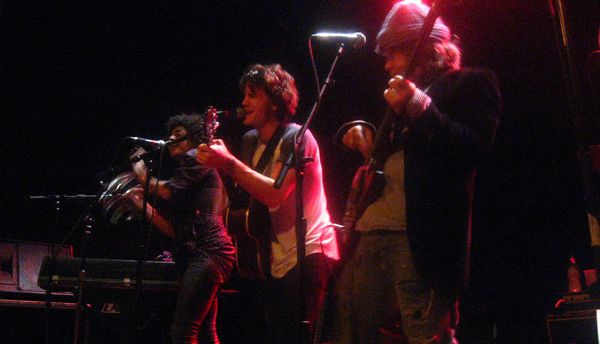 You’ve gotta love those Felice boys. They manage to take a motley crew of interesting, uber-talented musicians and somehow weld them together using a shit hot Felice shaped soldering iron to create the most compelling, soulful and mesmerising band. They did it with the Felice Brothers and now Simone Felice has done it with The Duke and the King. Often, when a member of a much loved group leaves to form a splinter group they become the main draw of their new venture; but, despite being painfully charismatic to the point of near hypnotism, the rest of The Duke and the King not only hold their own but at points steal the show. From the exceptionally professional Bobbie Burke, who lost his father last week but carried on playing (much to the appreciation of the packed out Fleece) to the adorable Martha Reeves-esque Simi Stone. But it was drummer Nowell Haskins whose impeccable powerful vocals turn a solid soul song into an almost religious experience. Take each of these artists individually and they would easily rule their field put them together on paper and it looks very odd indeed, put them together on stage and it just works. The group gel, they hug, kiss and dance; they take it in turns to sing, play guitar, bass and drums yet each song maintains that awesome trademark Duke and the King vibe. When Simone takes to the mic, with his self indulgent (yet somehow unpretentious) swaying, gurning and guitar masturbation all eyes are on him – his lyrics and vocals grabbing your heart and squeezing all the hurt and pain out of it. From the beautiful ‘If You Ever get Famous’ to the telling ‘One More American Song’ off the debut album ‘Nothing Gold Can Stay’. Then there was the epic ‘Don’t Take That Plane Tonight’ and ‘Shaky’ from the most recent album (which was completed against all odds while Felice was undergoing major heart surgery). Perhaps it was their cover of Neil Young’s Helpless which really captured the vibe with a mass love in/sing along. It takes some talent to cover Young in a convincing way and these guys nailed it. 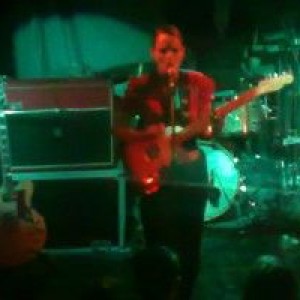 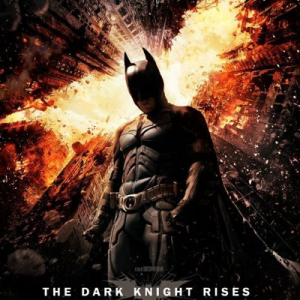 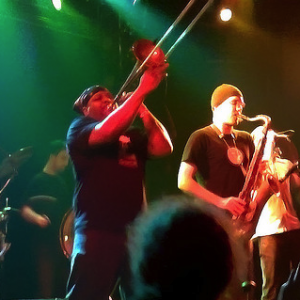