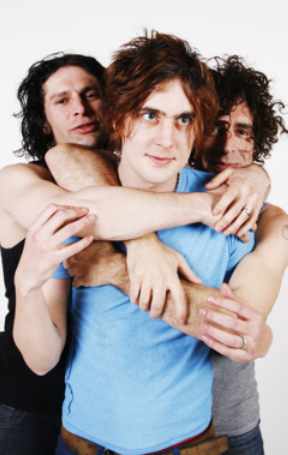 Widely regarded as one of the most underrated singer songwriters in the country, Kent’s ‘real Pete Doherty’ Lupen Crook and his band The Murderbirds are heading to Cornwall for a SW1 Productions ‘introducing’ Tour that will see them play a string of dates between 25-28 November.

Lupen Crook resides in your Dysunited Kingdom, a country that is awash with tales of heartache, loneliness, loss and loathing. It is these subjects that he has brought to order, greedily eaten up and regurgitated for your listening pleasure. His forthcoming third album, ‘The Pros and Cons of Eating Out’, is arguably the most coherent and broad-ranging expression of his musical vision thus far.

At the time of Crook’s critically acclaimed 2006 debut, ‘Accidents Occur Whilst Sleeping’, he was a shy, nervy, insecure youngster, prone to bouts of mania. A man unsure of his place in this world: eager, almost desperate, to understand both himself and all that surrounded him. A man who had willingly dared to blur the line between realism and the dark recess of his imagination, no matter what the consequence.

In subsequent years, Crook and his band of conspirators have pursued a wayward path, blending a fiercely anti-authoritarian spirit with a single-minded, obsessive exploration of a consistent and uncompromising artistic vision, expressed via the multiple (and frequently combined) media of music, painting, video, jewellery and more. Their reputation has preceded them – for better or worse.

A second album, ‘Iscariot The Ladder’, emerged in early 2008 and a string of self-released EPs and other collections followed in 2009. Much of Lupen Crook’s output has gone unnoticed by the mainstream media; like a chest of lost treasure, it lies waiting to be discovered by those willing to seek it out. Its range and scope testify to Crook’s status as one the most creative artists of his generation.

A self-confessed method writer, Crook has spent the last eighteen months wandering, wondering and wilfully exploring the extreme nature of the human character. The end-result is more potent than any of his previous endeavours. Lupen Crook has obsessively pursued the darker side of life; the sinful side, the secret side, those parts of ourselves that we dare not to reveal.

‘The Pros and Cons of Eating Out’ is a terrifying account, both violently inclined and romantic in its delivery. This willingness to explore both himself and his relationship with the world around him – serving himself up into the arms of chance, with no regard to consequence – and his ability to communicate those experiences in such a direct and lyrical way, remains his distinctive strength.

His long-term collaborators remain close by his side, notably the multi-instrumentalist Tom Langridge, whose musical arrangements bring forth the sheer depth of each song, plus drummer Bob Langridge, whose alternately brutal and subtly nuanced percussion skills deliver the exact mood that each track requires. Perhaps for the first time, the full potential of this Crooked Family has been realized.