Bath MP Don Foster has today urged local unsigned bands and music venues to contact him directly to enter into the House of Commons “Rock the House” competition. ‘Rock The House’ is a music competition with a political twist; supporting unsigned bands and artists, it will raise the political awareness of music and other creative businesses to the UK. The competition is supported by a myriad of big names within music, including key sponsors UK Music and Future Publishing. Don will nominate one band and one venue to represent Bath in the national competition. Commenting Don Foster said, “This is a fantastic chance for Bath’s unsigned bands and small music venues to get the exposure they deserve. I would encourage anybody who is interested to check out the web-site for more information and apply”. He continued, “Whether music, TV, film or computer games we have some of the best creative industries in the world. With the right support they can play a major part in strengthening our economy. But issues of illegal down-loading, a skills shortage and excessive red-tape could hinder growth. Not only will “Rock the House” give some of our great local bands to get more exposure but it will also highlight some of the political challenges ahead to ensure we achieve the potential of the creative industries.”
It’s not the first time that politics and Westcountry music has mixed. Last year, Bristol band Olo Worms appeared on BBC 6 Music during a House of Commons meeting over the station’s proposed closure – part of their session was streamed live into parliament for a meeting of MPs and industry experts.
More info at www.rockthehouse.me.uk 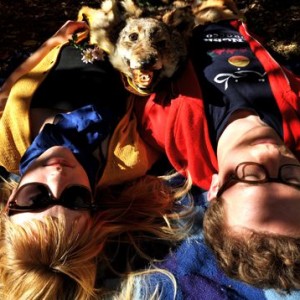