COMMUNION TO LAUNCH IN TRURO

Having gone regional over the past couple of years, even international with a monthly residency in New York, legendary London club night Communion launches in Truro on Friday 25 March with Communion Cornwall and features a headline slot from Manchester buzz band The Heartbreaks, Cornwall’s (via London via Communion) Crowns and Gregor & The Martians.

Communion was born in the summer of 2006 at London’s Notting Hill Arts Club. Founded by Ben Lovett (Mumford and Sons), former Cherbourg bassist Kevin Jones, and acclaimed producer Ian Grimble, it quickly grew into a flourishing community of musicians and fans alike, providing a first independent platform for the freshest young artists on London’s circuit and beyond.

The monthly night has now seen the likes of Noah and the Whale, Laura Marling, Mumford and Sons, JJ Pistolet and Peggy Sue all grace the stage from the very start of their fledgling careers. It has also helped spawn the first steps for a diverse range of artists from Kurran and the Wolfnotes to Alan Pownall, The Holloways to King Charles, and Example to Josh Weller, all in keeping with the eclectic ethos that Communion has come to stand for.

Continuing in this tradition they have again done just that and recently hooked up with B-Side’s resident promoter Liam Jolly to bring the monthly club night to Truro with eclectic line ups of new bands – headlining in March will be The Heartbreaks and The Crowns who are no stranger to Communion after recently being included on the Communion Records compilation with a track produced and featuring Mumford & Sons and Communion’s own Ben Lovett.

Opening the show will be Cornwall very own kings of shoe-gazing indie pop, Gregor & The Martians. Resident B-Side DJ’s until 1am.

Communion Cornwall will be the last Friday of every month. 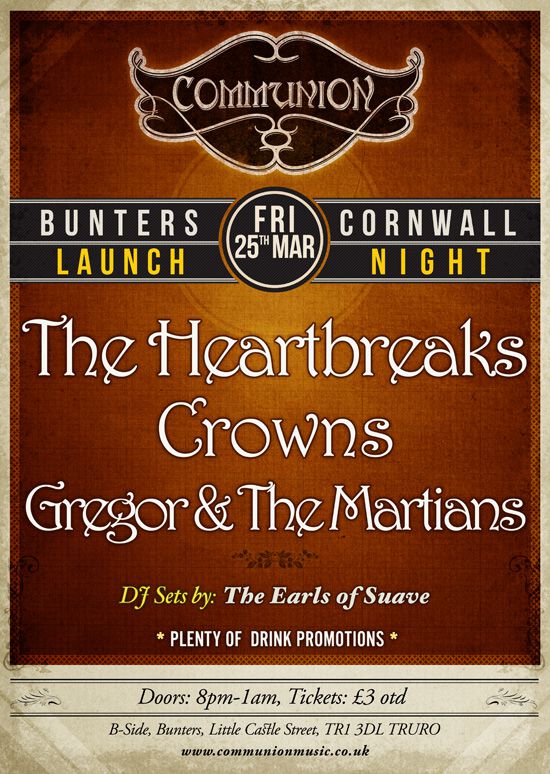 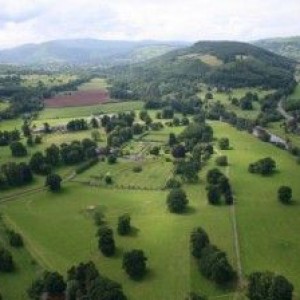 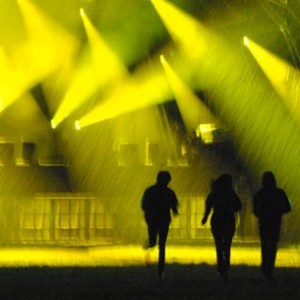 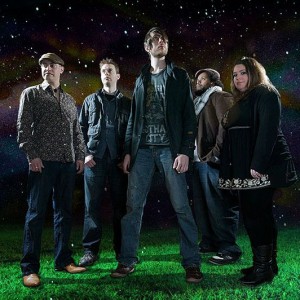