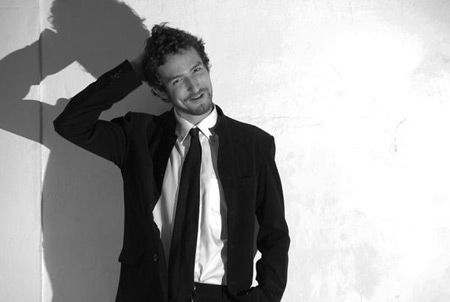 The White Rabbit is proud to announce that punk troubadour Frank Turner will return to the South West to play a headline solo show this weekend (Saturday 2nd April). Having heard of the financial difficulties The White Rabbit encountered last summer, Frank has generously agreed to play a benefit show to raise some cash for the venue. Frank has just announced a packed schedule of gigs for the summer including Reading and Leeds festivals, and having recently played Wembley Stadium supporting Greenday and selling out a headline show at Brixton Academy in November, as well as being championed by the likes of Zane Lowe (BBCRadio1), Frank is fast becoming a national and international favourite. The show, which is now SOLD OUT, will be a rare opportunity for people to see his awesome live performance in an intimate environment.

Frank’s support of The White Rabbit has grown from his close relationship with local favourites Crazy Arm, who were chosen by Frank to support him on his 2010 UK and European tour. These kind of opportunities for local talent are nourished by the support of venues such as the White Rabbit. Dan James, venue owner, said, “Supporting local bands and providing a platform for musicians all the way from the grass roots up to the level of artists like Frank Turner, is something we at The Rabbit pride ourselves on. We would not be able to have one without the other.” He continued, “Not only are we proud to be hosting this show, we are also massively grateful to be given the opportunity by Frank. This show will provide a much needed injection of cash which we can use to make improvements and refurbishments. This will increase the lifespan of the venue and allow us to keep providing a platform for musicians to grow and hopefully go on to achieve the same success as Frank.”

Frank Turner plays his sold out show at The White Rabbit on Saturday 2nd April.
For more info, see www.whiterabbituk.com