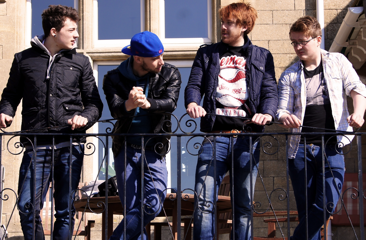 After leaving their label, Bristol band, These Words announce they will not be recording an album this year, but rather a monthly single and music video. Citing a need for the music industry to modernise, singer, Niall Everitt, commented on the move: “Nobody really buys albums any more, maybe occasionally but it’s just an outdated format. We don’t write albums we write songs, so why should we release them as an album? The music video offers something more for the music fan, it’s audio visual, it’s more personal, and this was the way that music was always meant to be. Music is a performance, and a video can capture that and heighten the meaning of the song in so many ways.”

The band, originally performing as The Cafe Kids, announced they were changing their name, and leaving their label at a homecoming gig at the Bristol O2 Academy in January. Guitarist, Rich Beech, described why the band chose to release a single/video every month: “Right now everybody is talking about how great the internet is, how it empowers the musician. Bands have completely overlooked the fact that it empowers the music fan as well. When I go on the internet, I want to hear a song I haven’t heard before, or discover a new band. There’s so much out there, why would fans choose to listen to the same album every day? Well we can’t release a song every day, but we’re pretty sure we can release one every month, so that’s what we’re going to do, and they’re all going to be better than the last!”

This announcement comes only shortly after releasing a new album as The Cafe Kids, and working with Tom Barnes (The King Blues, Bring Me The Horizon) on their music video for the album’s leading single, Photography. But it was after recording new demo material with producers in Bristol that the band felt a change was necessary. Everitt said: “The music industry is changing so fast and we need to change with it. We’ve found that we get an incredible response online from our fans. They can contact us through our website, or Twitter, or leave us comments on YouTube. This kind of exposure is all free, bands really need to steer clear of the traditional industry model, which sees bands giving all of their musical freedom over to corporations. Instead, we are in touch directly with our fans, they tell us what they want, we take their advice, and they can download our music for a fraction of the price we’d have to charge if we went through a label. They also now get a brand new music video every month and they don’t have to pay a penny for that. They’re happy, we’re happy.”

These Words’ single; ‘Last Year’ is available to stream via TheseWordsRock.com and Spotify and is available for purchace on iTunes.

A screenshot from The Cafe Kids debut music video – ‘Photography’. 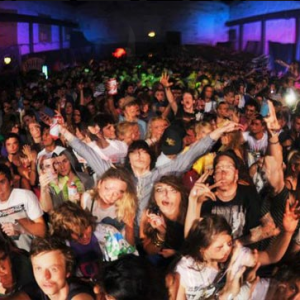 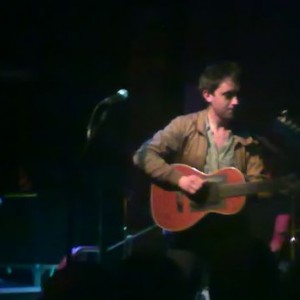 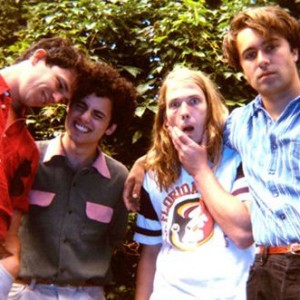