WELSH BAND BLACKWATERS THROUGH TO SURFACE FESTIVAL FINAL IN LONDON 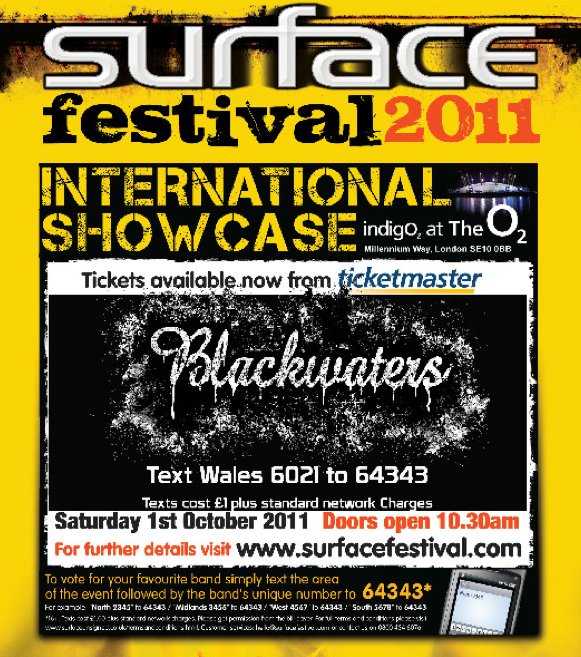 Blackwaters are one of two bands representing Wales in the International Surface Festival Final at the London 02 on October 1. The five-piece rock band from Caerphilly have been together for just over two years. Since April 2011 the guys have competed in four heats (stage 1, stage 2, semi finals and finals) against hundreds of unsigned bands from all over Wales and were top in almost every round. On 1st October they will be competing against 24 bands from Britain and Europe in the International round, for a huge prize including a tour, single release and promotion worth £100,000

More info on the band at www.blackwatermusic.com and on Surface Festival at www.surfacefestival.com