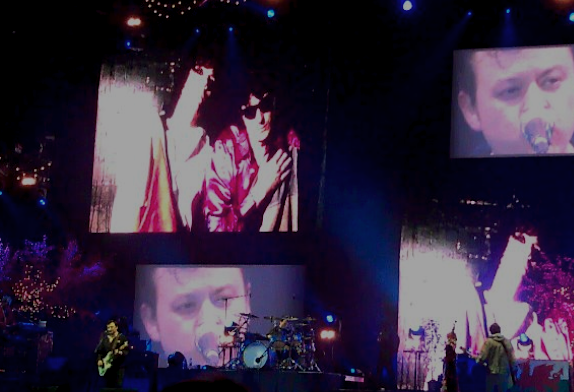 There aren’t many indie bands who can fill London’s 20k capacity O2 arena but our favourite Welsh beat combo the Manics took it all in their stride. Granted, they did pack out the 66k capacity Cardiff Millennium Stadium back in 1999 but a lot has happened since then.

One thing’s for sure, this gig was destined to be special. Their last gig in two years, according to an official statement, and a setlist made up of every singe they have ever release (that was a slight fib if you’re gonna be pedantic about it – with no sign of debut 7 inch Suicide Alley). With no support and little reprise from the three hour set, other than a half hour intro, the gig was pretty immense. And is testament to their brilliance that they managed to command the attention of the whole venue throughout, even during questionable songs like There by The Grace Of God.

Opening with the dull as dishwater but crowd pleasing You Stole The Sun, things could only get better. And get better they did. Instantly. With the awesome, angst-ridden punk number from debut album Generation Terrorists, Love’s Sweet Exile. While there clearly was the Radio 2 contingent at this gig (thanks to the popularity of Tolerate) there were also enough hardcore fans (dressed in leopard print, feather boas, eyeliner, glitter and spraypainted shirts) to provide the atmosphere which screams ‘this band means a LOT’.

From here it made sense to seal the deal with the heart-breakingly beautiful early hit Motorcycle Emptiness – which ended up proving a highlight of the set. Then from the old back to the new with recent single It’s Not War (Just The End Of Love) before embarking upon a haphazard hop, skip and jump through the rest of the singles – Everything Must Go (from the album of the same name) to She Is Suffering (from the fans favourite The Holy Bible) to From Despair To Where (from the forgotten second album Gold Against The Soul) to Autumnsong (from the more recent effort Send Away The Tigers). Apparently they really struggled to finalise the setlist.

Empty Souls proved a surprise highlight to the set and paved the way for an inspired duet version of Let Robeson Sing, with Gruff Rhys of Super Furry Animals fame. That wasn’t the only live duet of the night, with the band bringing on the sultry Nina Persson (from the Cardigans) for the poppy Your Love Alone Is Not Enough. Another surprise highlight came in the form of The Everlasting (from This Is My Truth Tell Me Yours), which many fans write off without actually giving it a chance. Reckon they’ll be reconsidering after this performance.

After a brief interval, the band returned to the ornate stage (trees with lights, giant screens etc Everything you’d expect form an O2 gig). Dressed in a Spillers hoody, Nicky rocked the Eddie Izzard school of transvestitism – a man in a skirt, rather than a man explicitly trying to look like a woman. Frontman James Dean Bradfield (possibly one of the most underrated guitarists in the world) looked good too, after shaving off his grey beard. Only drummer Shaun looked like he’d succumbed to those winter bugs doing the rounds, but he was still excellent.

The second half had a slightly different feel to it with some of the more painful singles, including Found That Soul and Ocean Spray (from Know Your Enemy), The Love Of Richard Nixon and the distinctly forgettable There By The Grace Of God. There was a distinct lack of Generation Terrorists in the second half, tho Slash and Burn helped fuel the hunger for that record. And while one cannot complain too much about the set with almost 40 songs (all singles) some of the old faves which I’ve seen played at most of the 20 plus Manics gigs I’ve been to were sorely missed – I’m talking Die In The Summertime, No Surface All Feeling and Jackie Collins Existential Question Time (from the awesome album Journal For Plague Lovers, which contained no singles).

Inevitably, Bradfield forgot the lyrics. Hell, if you had to sing almost 40 songs spanning a 20 year career, chances are you’d fluff a few lines. He dealt with this in two ways 1) bumbling through with some sort of mumbled repetition of an earlier line and 2) holding the mic out for the excitable crowd to sing. We prefer method number 2 – which worked a treat during the epic, soaring ballad Little Baby Nothing.

They ended with a powerhouse duo of songs – Motown Junk and their signature tune A Design For Life. They used to end on that song without fail but in recent years they’ve been moving it about a bit but for this behemoth of a gig it had to return to its rightful place. If this had have been a theatre performance, there wouldn’t have been a dry eye in the house. As James said goodbye for ‘two years probably’ tens of thousands of hearts sank (mine included) but Jeez, what a way to go! 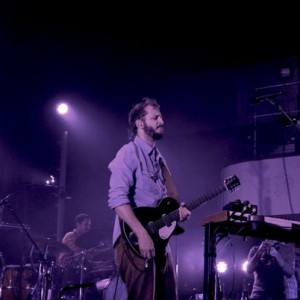 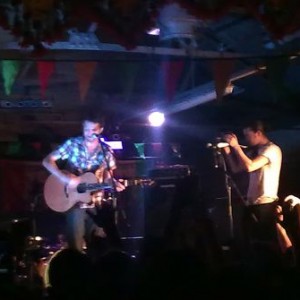