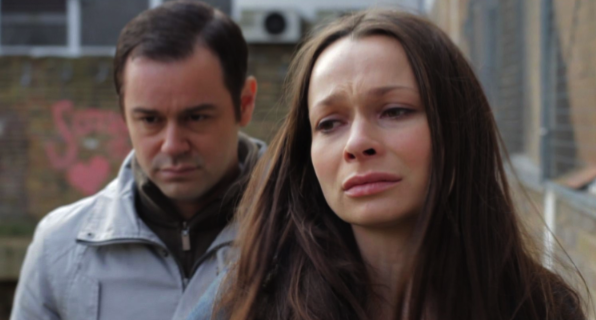 Released this week, the psychological thriller stars Dyer and Anna Walton is set in today’s London; Deviation takes viewers on a fearful ride in the knowledge that despite the city supposedly being awake 24/7, the same situation could happen to anyone. Everyone living and working in the capital is just as vulnerable.

When Frankie (Danny Dyer), a dangerous psychopath on the run, car-jacks young nurse Amber (Anna Walton) and takes her hostage to aid his escape out of the country, it’s the start of a long night. Stuck in the car with a madman, Amber is forced to play a deadly game of cat and mouse with Frankie as, by morning, only one of them will be left alive…

Told in one night, Deviation is a taut, tense thriller that grabs urban legend and runs with it: the deep-seated, subconscious yet very human fear of being abducted by a stranger. To be in with a chance of winning a copy, please fill your details on the form below putting DEVIATION in the subject line. Closing date April 1, 2012.