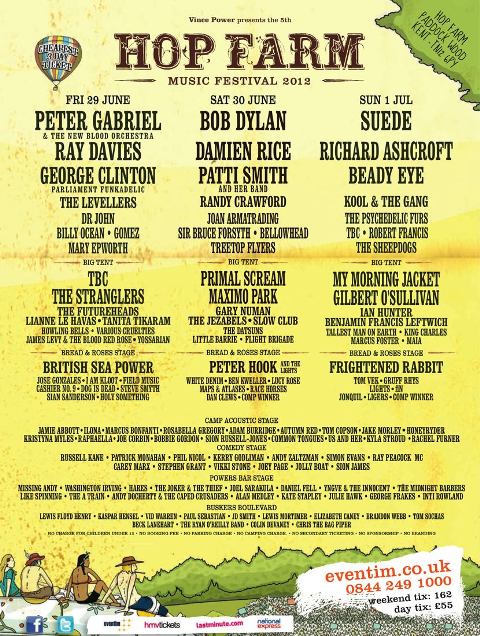 Richard Ashcroft has been unveiled as the final headliner for this year’s Hop Farm Festival – another UK festival exclusive for the Kent event.

Vince Power said: “I’m very happy with the bill. We have yet again put together a unique line-up of acts you’re not going to see repeated anywhere else. We have some true legends including Patti Smith and Randy Crawford and I think that’s what music fans look for; a well though out bill which is the best value festival this year at £162 for 3 days, 4 days camping with no added extras.”

The three-day independent festival maintains its no sponsorshop, no branding ethos. The Hop Farm will be sticking to the winning formula of programming legendary artists with contemporary acts with one of the summer’s most affordable festival tickets. Hop Farm Music Festival prides itself on offering great value for money for festival goers with no booking fee, no parking charge, no camping charge and no charge for children under 12.