TICKETS STILL LEFT FOR THE GREAT ESCAPE IN BRIGHTON 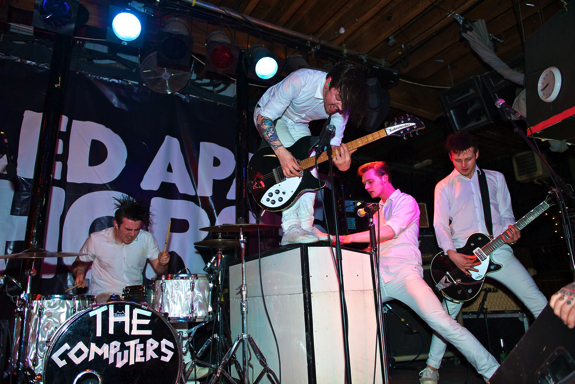 There are still tickets left for the UK’s answer to SXSW festival – The Great Escape in Brighton.

The citywide festival, in a similar vein to Bristol’s Dot to Dot, London’s Camden Crawl and Cardiff’s SWN, has pulled in some massive headliners this year – as well as no shortage of up and coming bands and what’s more, with tickets at around the £50 mark, it won’t break the bank.

The festival takes place in a number of venues across Brighton from May 10-12. 3-day tickets cost £49.50 and are available from www.escapegreat.com – where you will also find a kick ass interactive poster!

After valuable feedback provided by our customers and the local and online community, we’re pleased to be opening up a number of our shows to a 14+ audience. For further information head to the dedicated 14+ page on www.escapegreat.com/14+shows

TGE festival-goers, can set up an affordable and perfectly positioned base at Brighton’s JOURNEYS HOSTEL for just £30 per night. Well located in relation to all TGE gig venues, a stay at Journey’s guarantees that all guests receive the lowest price possible for their stay as well as providing a better atmosphere for meeting and interacting with fellow festival goers. It’s got to be better than camping, right?

The festival is world famous for the massive acts who’ve cut their teeth on its stages: highlights include Bon Iver, Adele, Tinie Tempah, Mumford and Sons and Ed Sheeran to name a few. We’re looking to forwards to many more discoveries being made this year.

Other acts already confirmed to play The Great Escape this year are:

The Great Escape will return to the bustling British seaside city of Brighton from 10th-12th May 2012, presenting festival-goers with over 300 new local and international artists across 30 different venues throughout the city. Running alongside this is the Great Escape convention programme hosting a variety of insightful industry talks, panel debates, targeted networking sessions and key note interviews for industry professionals and music business fans.

**A small number of shows will take place at The Dome in Brighton. The second of the 2012 Brighton Dome Shows to be announced is MAXIMO PARK. To ensure guaranteed access at a Brighton Dome Show, attendees can top up their festival wristband for £7 per show, or purchase a separate gig ticket at www.escapegreat.com