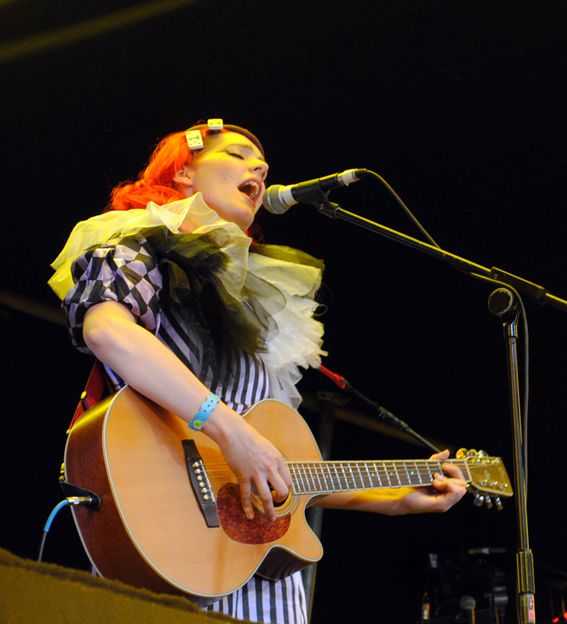 Chai Wallahs will return to Green Man Festival this year, with another top musical line up and all round good late night times.

Confirmed for this year’s Chai Wallahs is former 247 Magazine cover star Gabby Young and Other Animals, Yes Sir Boss, Dizraeli and the Small Gods, Hidden Orchestra, Cocos Lovers, Sheelanagig, Smerin’s Anti Social Club, The Urban Folk Quartet and more. Kick back or freak out in a giant Bedouin marquee serving a feast of food and drink, as over 40 bands and DJs play the very best in reggae, rap, blues, jazz, hip hop, dub and dance daily until 5am.

Einstein’s Garden is back too – with some awe-inspiring science stuff, including a talk from a Green Man regular Simon Watt. Simon Watt: Dissections Uncut – Channel 4′s “Inside Nature’s Giants” gets under the skin of massive animals (including an elephant, a giraffe and a whale) to figure out what makes them tick. Join presenter Simon Watt to take a look at some of the fascinating science that didn’t make the final cut.

The Tallest Man On Earth, The Bees and One Sixth Of Tommy have just been added to the bill, along with a handful of other artists, who are joining headliners Van Morrison and Feist as well as The Walkmen, Stephen Malkmus & The Jicks, Jonathan Richman, tUnE-yArDs, of Montreal, Yann Tiersen, The Felice Brothers, King Creosote & Jon Hopkins, C.W. Stoneking, Slow Club, Willy Mason, Daughter, ∆ Alt-J, The Wave Pictures, The Staves, The Pictish Trail, Treetop Flyers and more.

More info and tickets at www.greenman.net