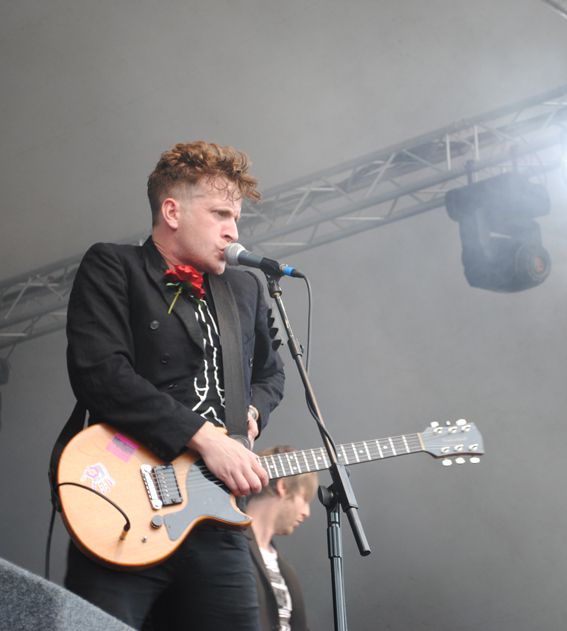 North East indie-popsters The Futureheads will headline this year’s Nozstock Festival, which takes place in Bromyard, Herefordshire from July 27-29.

Sunderland post-punk power quartet The Futureheads burst onto the scene in the early noughties. After a string of releases it was their cover version of Kate Bush’s ‘Hounds Of Love’ that firmly etched them into the public consciousness garnering a No.8 slot in the UK singles chart. Since then they have released five critically lauded albums, launched their own label and picked up a legion of fans with their frenetic live show. Known for their long-affecting blend of guitar stabs, direct melody and rich, tonal four part harmonies they are set to close Saturday night in style on the Orchard Stage.

Meanwhile headlining the Garden Stage on Friday is founding member of the now legendary Ganja Crew/Tru Playaz collectives DJ Zinc. His 1995 club smasher ‘Super Sharp Shooter’ and speaker-busting bootleg of The Fugees ‘Ready Or Not’ won him international acclaim and spawned the Tru Playaz club night which he set up with fellow TP cohorts Pascal and DJ Hype. Also just confirmed are North London ska-punk rockers Imperial Leisure, Kal Lavelle (who recently toured with Ed Sheeran), The Caezers, Jake Bugg, Kentish Fire and We Steal Thieves to name a few.

They join the previously announced The Proclaimers, Dreadzone, The Correspondents, Willy Moon, Son Of Dave, Dollar Bill, By The Rivers and more. Also on this year’s bill is Andy C, Camo & Krooked, Octane & DLR and Ed Rush. But it’s not just the music line-up that will delight this year, as there are many nooks and crannies and secret wooded glades to discover.

The Tent Of Temporary Thought will spring up in different locations featuring a selection of the UK’s finest wordsmiths (such as the winner of the ‘UK young story yeller of the year’ award Rachael Rose Reid and leading Welsh poet Ifor Thomas) delivering a wide range of talks, poetry, spoken word and forums.

For more information or tickets, which start at £80, go to www.nozstock.com