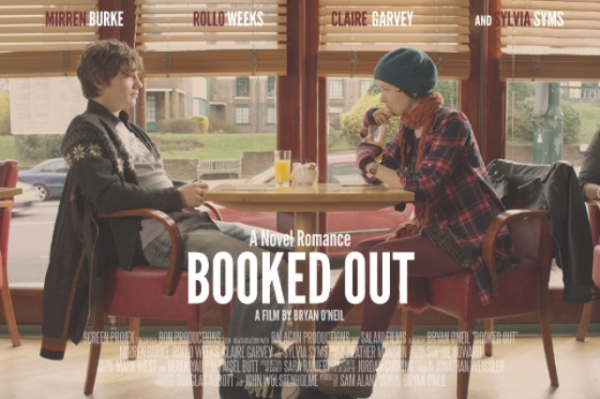 See Monkey Do Monkey and BON Productions have announcied a special one off evening of film and music at the Chapter Arts Centre in Cardiff on Tuesday 19 June at 6pm.

The evening will feature a screening of UK indie film Booked Out followed by a Q&A with director Bryan O’Neil and lead actress Mirren Burke, as well as an acoustic performance by Cardiff based Colorama, whose music is included within the films soundtrack.

Booked Out is the debut feature by Glaswegian filmmaker Bryan O’Neil. This indie drama follows Ailidh, who has two loves in this world: spying on her neighbours and writing graphic novels. The arrival of Jacob inspires Ailidh to conjure up increasingly elaborate plans to meet him. Unfortunately she finds out that she isn’t the only girl in his life. Booked Out is a unique story of love, life and moving on.

Led by Carwyn Ellis, singer, multi-instrumentalist, songwriter, arranger and producer known to have worked with some pretty big names, Colorama are increasingly emerging in their own right for playing and singing some of the most moving and captivating songs around. Produced by Edwyn Collins at his renowned West Heath Studios, and released on his AED Records imprint, their third full length album, Good Music, maintains the sonic qualities now associated with Colorama, coupled with their defiantly eclectic streak.