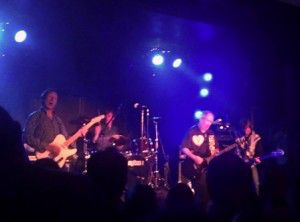 Curiously, Buzzcocks was the word on everyone’s lips last month as they played ‘two exclusive shows’ in Manchester and London with the original line-up. But eagle-eyed punk fans would’ve noticed that this wasn’t strictly true, with another intimate gig in one of the South West’s most underrated venues – Mr Kyps, nr Poole, Dorset.

Tucked in between a once-thriving, and now disused gig venue, an awesome old-man pub and a church, Mr Kyps is a decent sized (300 plus), vibrant venue with a surprising back catalogue of gigs under its belt – but even so, this is a real coup for them and predictably, proves a sell out gig. The crowd is made up mostly of older folk, those who remember the punk pioneers the first time round, but there are a notable number of younger music fans of all shapes and sizes, punks, Goths, rockers, indie kids and possibly even the odd X-Factor fan – demonstrating the wide appeal of the headliners.

Opening up is the single most impressive one man band you will ever see – One Man Destruction Show. We’re not talking cymbals attached to knees and drum on back, but Adam Harmer’s remarkable ability to play guitar, drums, percussion, harmonica and sing, while forging a sound worthy of a whole band (and even having time to flick his hair) is jaw-droppingly brilliant. You need only look at the expressions and listen to the mumblings of the crowd to realise this dude is one of a kind. His set features a good range of songs, some with a rockabilly twinge, some much more punky, but each executed with such professionalism and passion you’re left wondering why he’s on first. Bournemouth’s C-30s are up next, with their set of all-out punk rock. A perfect segway for the main draw.

Buzzcocks take to the stage with an undeniable energy. There’s a danger with reformations like this that the band look tired and jaded and are only in it for the money, but that’s clearly not the case here. Pounding through a crowd-pleasing set, which included hits such as ‘What Do I Get’ and ‘Orgasm Addict’, in some ways it was clear they’ve been going for more than three decades, but in a bizarre way, they remain utterly current and very much needed. It’s easy to hear the bands they’ve influenced, bands like Green Day and Nirvana, but they’ve certainly not been surpassed. An excellent and refreshing gig from some old time pros. 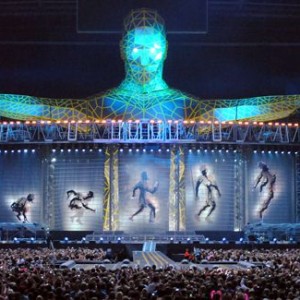 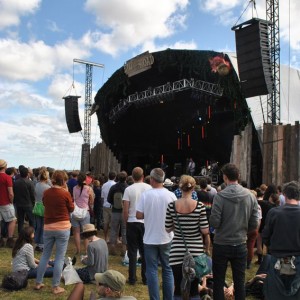 REVIEW: END OF THE ROAD FESTIVAL 2011 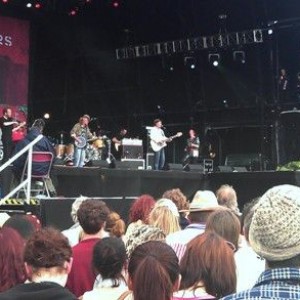