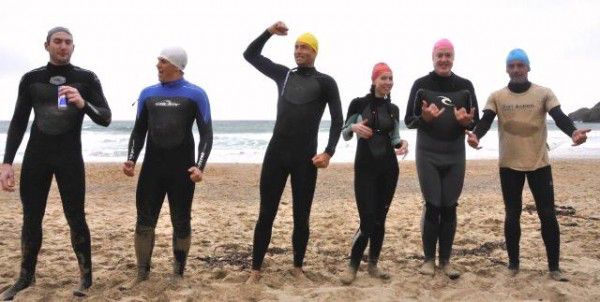 Having already trekked to Germany to compete in the the World Office Chair Race in May, Rob couldn’t resist his next challenge. He previously admitted to not owning a wet suit or surf board. On winning the title of World Crap Surfing Champion Dawson-Goodey, who works for event agency Chillisauce.co.uk, said “I’m absolutely thrilled to have won, and I will definitely be back next year to defend my title, World crap surfing championships 2013 here I come!”

The annual event took place Sunday 3 June in Praa Sands, Cornwall for the third year running and welcomed 30 entrants from across the country. The wet and rainy weather didn’t put off the competitors who braved the Cornish coast to compete in the King and Queens themed event. More than 400 spectators watched on as Dawson-Goodney took his crown.