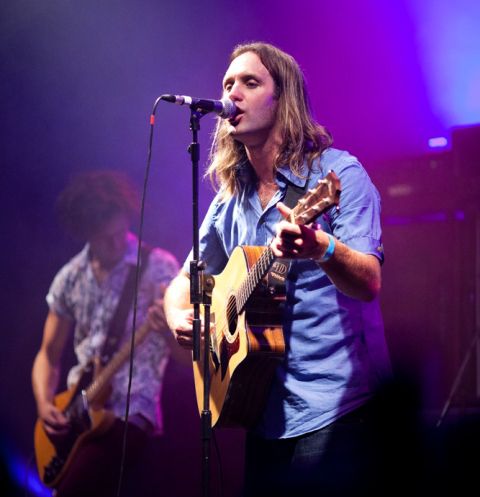 So, this is to be the opening night of the Frome Festival in Somerset and it sees a band that during their heyday in the mid-late 90s were touted as one of the best live rock bands in the UK. The Cheese and Grain venue is all set with an impressive looking stage and an intense buzz within the crowd of reminiscing back to the sounds of the british rock band Reef.

Support tonight came from an impressive southwest rock band Empire of Fools, who have a busy summer schedule ahead. They exploded onto the stage with and instrumental intro of “Led Zeps” “Kashmir” and flowed into very strong tracks such as “Higher”, Unstoppable and Down To Earth. The band are incredibly solid and know their craft with their frontman really working the crowd whist surrounded by a talented young band loving every minute. These guys are ones to keep an eye on and the crowds enthusiastic reaction proved this. You can catch them at The Relentless Boardmasters, Bulldog Bash, SomerRock Festival and singer Mark will be doing some acoustic shows with the likes of Donavon Frankenreiter, Steve Cradock of Ocean Colour Scene/Paul Weller and with StringerBessant (Reef).

Reef performed a fantastic set of classics as well as some B-sides thrown in. Opening with “Come back brighter” set a near capacity crowd into a lively, rowdy and very loud reaction which didn’t fade for their full set which included “Place your hands”, “Naked”, “Consideration” and ended with “Choose to live”. Gary Stringer was back to his youthful energy with impressive gravelly vocals accompanied by the amazing blues/rock guitar sound of Kenwyn House. The heavy bass driven expertise of Jack Bessant filled the venue with ease and the rhythm section was completed by the stylish presence of Dominic Greensmith. The overall sound of Reef was incredibly strong, this is a band that played as an honest band, with no backing tracks or gimics. Reef were sounding as strong as they did back in their height of popularity and appeared to be loving every minute of it! Gary worked the stage and the bands energy flooded from the stage as Gary joined the crowd at the barrier singing and shaking hands.

The crowd exploded with applause as Reef powered into their major hit “Place your hands” but the highlight of the night appeared to be the older favorites – “Naked and “Choose to live”. Each track had the crowd singing each lyric back to the band which seemed to push them to perform and raised the British rock bands game.

This is a band that has a wealth of experience under its belt but they still have the fresh vibe that makes you get absorbed by their sound. They would easily stand their ground at any of the biggest music festivals and I hope they continue to love performing live! lets hope new material will be on it’s way soon too! 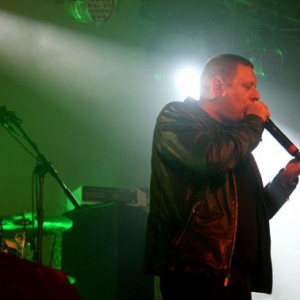 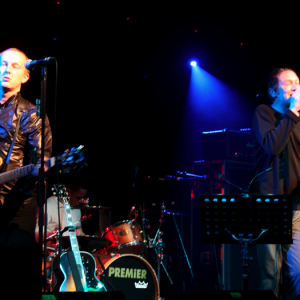