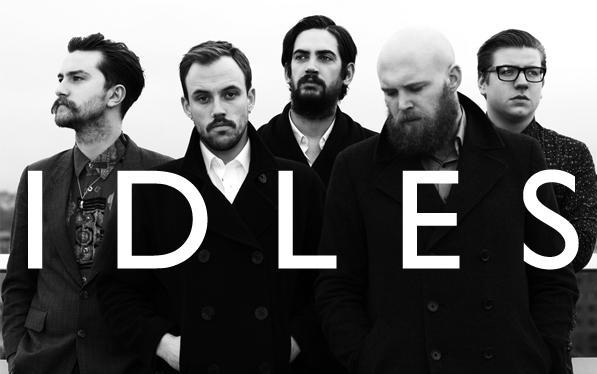 It’s a busy summer for musicians in Bristol, with two of the city’s best new acts – Goan Dogs and Idles – both releasing EPs.

Goan Dogs are hosting a special EP launch night at The Cube on July 29, 2012 – to celebrate the release of their second EP – working title ’20 Minutes to the Border’, almost a year to the day since they released their debut EP. With finely crafted songs, awash with brooding imagery and pulsating rhythms, Goan Dogs are known for translating them into deeply atmospheric live events and tonight this will be particularly so. Having completed four new tracks with legendary producers The Insects and another of Bristol’s finest talents, Euan Dickinson, the quintet are showcasing the material with some very special guests which will include a set from fellow canine named Bristol band, Schnauser, and a DJ set from the wonderfully sonorous Binary Rhythm. Expect a night of complete sonic variation and sensory stimulation with live projections and screen printings for all to immerse themselves in. Failing that, the music will more than hold up on its own. Tickets £7 from Bristol Ticket Shop. More info on Goan Dogs, here.

Meanwhile, Idles have been gaining more and more momentum since breaking onto the Bristol scene a couple of years back and now they’re ready to release their debut EP – ‘Welcome’ on August 6, 2012. With comparisons to Interpol and Editors, Idles have the depth and substance lacking in many bands these days. Forming the band from the plume of Bristol’s ‘Batcave’ night, the five band members set upon creating something thrillingly their own and have become one of Bristol’s great new musical hopes. Idles’ EP launch party takes place at The Croft on August 4, 2012, and also features sets from Yes Rebels, St Pierre Snake Invasion, The Hysterical Injury, GUMM and more. Entry £6otd. More info on Idles, here.