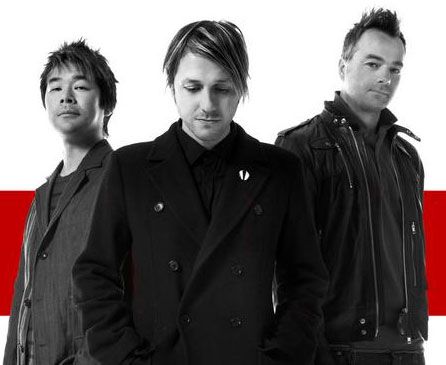 The group will be releasing new single ‘Idaho’ on 27 August. To celebrate, they’re preparing for a return to Hyde Park on 10 August, as part of their upcoming tour. They share the stage with Ocean Colour Scene and The Temper Trap at BT London Live.

The celebratory concert series are hosted by BT London Live at two sites throughout the Olympic Games in London’s Hyde Park and Victoria Park. With all eyes on the UK, the FREE, three-week long event celebrates British music, arts and sport. Other acts at BT London Live Hyde Park include The Enemy, Saint Etienne, McFly, The View, The Levellers and The Beat.

At Hyde Park there will be many sports activity attractions such as Badminton, Netball, Tennis and Modern Pentathlon as well as cultural and music performances on the BT Vision Stage. For those not wanting to miss a thing, there will be five giant screens with the BBC’s coverage. In the Team GB Fan Zone there will be exclusive opportunities for fans to see Team GB Olympic medalists as they celebrate in front of their home crowd in the host City.

Book your Guaranteed Free Entry Ticket in advance (transaction fee £3.50 for a maximum of 4 tickets per booking) or just walk up on the day for free entry at www.btlondonlive.com/tickets