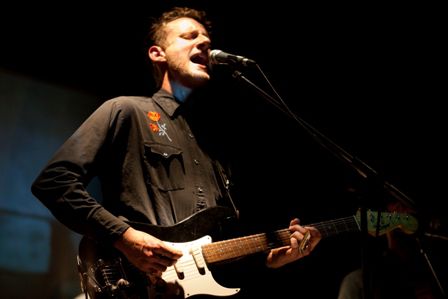 Despite starting off with an impressive set up, Bristol’s Goan Dogs have still managed to come a long long way since their first exciting gig at The Croft in 2011.

Through determination, talent, relentless promotion and after a couple of spells in the studio with The Insects (Massive Attack etc), G Dawgs (as they’re affectionately known by their growing army of followers) they’ve managed to push their heads above the parapeet of Bristol sounds to become, arguably, the best new act in the city. And this EP launch proves that.

Fellow canine-themed band Schnauser are first to take to the dimly lit stage at Bristol’s quaint indie cinema microplex with an uplifting set of catchy indie-pop. The four-piece have moved away from the more psychedelic, comical sound of their 2010 album, ‘The Sound Of Meat’, to a much more mature sound, which embraces the more prog-rock sound, while remaining pretty merry, and paves the way for an inspired cover of Soft Machine’s ‘As Long As He Lies Perfectly Still’.

Schnauser’s bassist Holly McIntosh has a definite air of the Manic Street Preachers’ Nicky Wire about her – the way she plays her bass and moves around the stage (stopping short of the scissor jumps) but unlike Wire, when Holly takes to the mic, the crowd does not cover its ears in displeasure but embraces her beautiful tones, leaving you wondering why she doesn’t sing more in this get up.

From one band of hot dogs to another, and Goan dogs take to the stage in their usual calm and collected fashion. This is their night and they have managed to entice out quite a crowd for a seated (though not for long) Sunday night gig, which speaks volumes about their appeal. Unsurprisingly, the set is dominated by newer material from their second EP, ’20 Minutes From The Border’ – executed in an impeccable manner as to place these lads up there with the likes of The Boss’s E Street Band or, for a more contemporary example, The Joy Formidable.

Frontman Luke St Leger, when he lets rip on the guitar and stomps those feet, has a touch of the Matt Bellamy (Muse) about him, and, with the rest of the dapper band look ripe and ready for a million magazine cover shoots a la Noah and the Whale of late, Mumford and Sons or The Strokes. Since their inception in 2011, Goan Dogs have been a hit with the ladies, always attracting a core female following down the front (and not just WAGs) and this gig is no different; despite being fully seated, the moth-bitten old chairs aren’t strong enough to contain some over-enthusiastic dancers – who head down the front to sway and lunge to the desert rock.

Highlights include the soaring sing-a-long ‘Gasoline’, with sniffs of Beirut or Babyhead about it (thanks to the wonderful trumpet playing of Sam Kynan-Powell), ‘Hotel Rooms’, with its funky vibe and rolling beat and ’20 Minutes From The Border’, a modern day folk song, which tells a story and keeps you hooked til the tender and poignant ending. Meanwhile, ‘Better Off Dead’ starts off as an astounding piece of music – of almost film score quality – but loses it’s way a little with some self-indulgent lyrics, lyrics only really Morriseey could pull off, by injecting a bit more wit.

Nevertheless, the music is tight and brilliant and the rest of the brilliant and vivid lyrics combined with Luke’s Patrick Duff/Thom Yorke-esque vocals make for a haunting set, which is complimented perfectly by some On The Road style visuals; we are in a cinema after all. If this gig is anything to go by, Bristol won’t be able to hold onto these lads for long. Fly my pretties, fly! 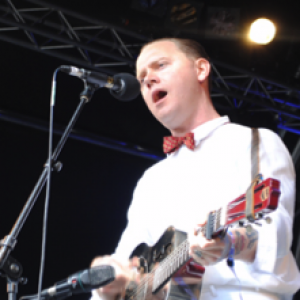 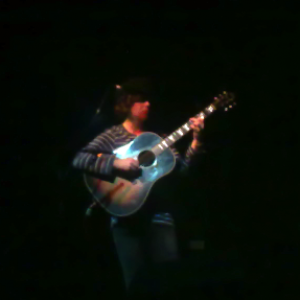 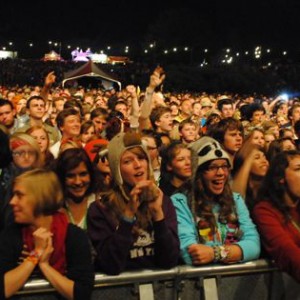