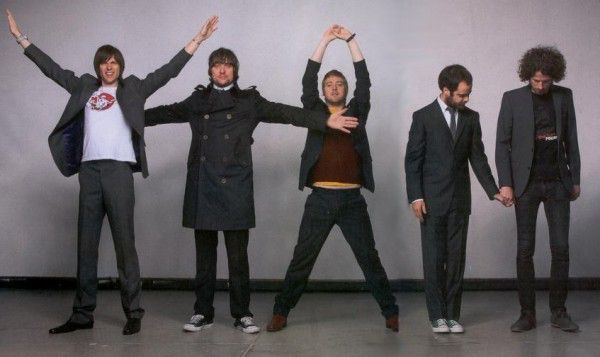 After three years of closure due to a major building programme on the University of Exeter’s Streatham Campus, the Exeter Great Hall has reopened and will host rock and pop concerts by world-class artists this autumn.

The largest concert hall west of Bristol, the Exeter Great Hall has an illustrious history of staging concerts by music greats. U2, Bob Marley and Pink Floyd and more recently, Blur, The Arctic Monkeys, Radiohead and Keane, have all played at the 1800 capacity venue based on the campus.

In a new partnership, Exeter Phoenix will now be programming and managing events at the Exeter Great Hall in conjunction with Event Exeter in order to bring back large rock and pop concerts to the city.

Patrick Cunningham, Music Programmer and Director at Exeter Phoenix said: “The re-opening of the Great Hall puts Exeter back on the touring circuit and enables us to present rock and pop concerts by first rate artists to South West audiences.”

Dominic Jinks, Arts and Culture Director at University of Exeter added: “The Exeter Great Hall It is a fantastic venue for rock, pop, world and classical music and we are delighted to be working with Exeter Phoenix to bring more great music to Exeter.”

The first concerts programmed under the partnership include Newton Faulkner, who has sold over 1 million albums in the UK alone and plays the Great Hall on 20 October; rock giants Shinedown, who recently packed out London’s Roundhouse and come to Exeter on 25 October; and Kaiser Chiefs who, following a performance at the London Olympics 2012 closing ceremony and their biggest US tour to date, on 23 February 2013.