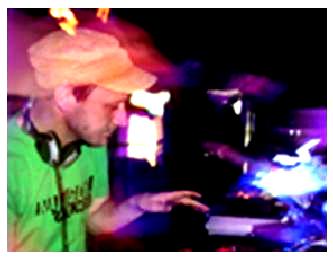 Sharing the momentum provided by Brisfest, music is in the spotlight at this year’s Encounters Short Film and Animation Festival, which takes place in Bristol from Sept 18-23, 2012.

From Adrian Utley of Portishead discussing the challenges involved in creating a film score to the dazzling dj and visual sets of BEAM all the way to the unmissable performance of Finnish cross-dressing zombies The Cleaning Women providing the live score for silent classic ‘Aelita – Queen of Mars’, the interaction between music and the moving image is one of the most exciting threads of the festival. Here are some of the music highlights in the programme:

* If it’s the creation of film soundtracks that intrigues you, our NFTS Panel ‘To Score Or Underscore’ is for you. The narrative possibilities of the soundtrack, some of the different approaches to composing film music and the crossover and potential collaboration with sound design will all be explored. Full event info and ticket information is here http://www.encounters-festival.org.uk/nfts-presents-to-score-or-underscore and we have the great privilege of counting Adrian Utley of Portishead as one of our panel members. (Wednesday Spetember 19th 2.30pm, Watershed Cinema 3, 2 hours. £6.50/£5 conc).

* The Random Acts Bar Shorts comes to Encounters from its residency at London’s XOYO club. Mixing up a flaming cocktail of visual and musical delights, the evening will be hosted by Chris Shepherd and 12Foot6. Music will provided by Bristol’s very own People Like Us. (Friday September 21st 8.30, Arnolfini, 2 hours, £6.50/£5conc).

* The BEAM Bristol to Brooklyn Launch Party is a free evening of live music and moving image which will include a Bristol to Brooklyn flavoured DJ and visuals set from BEAM (Bristol Exchange of Arts and Music) curator Scott Hendy (Malachai/Boca 45). Come and fill your ears and your eyes! (Friday September 21st 10pm, Watershed CaféBar, 2 hours, Free).