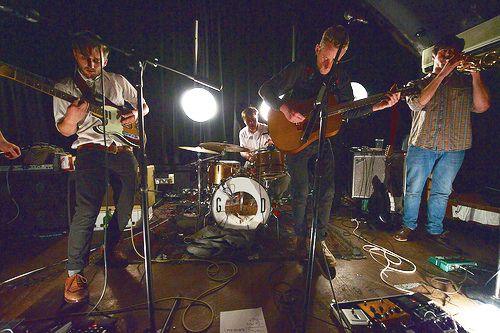 This was an inspired gig – a recession freindly offering from the brilliant Goan Dogs. A gig with them and another two bands (making three in total) and DJs for a mere £3. What’s more, drinks were £3, EPs were £3, posters were £3 and even the exceptional screen-printed band tees were just £3. So, effectively, for just £12 (the price of a standard ticket), you could get a ticket, an EP, a t-shirt and a drink! Bargain or what?

That’s all very well and good you may say, but the bands are bound to be pretty sketchy right? Right? WRONG. Goan Dogs are on the cusp of something great and with each Bristol show, they’re upping their game and collecting new fans. And it’s easy to see why. The stylish fellas fly the flag for homegrown desert rock like a beacon of hope in a scene saturated with forgettable indie rock bands.

Apart from being very easy on the eye, Goan Dogs haven’t lost the enthusiasm they careered onto the scene with a year and a half ago. They enjoy their gigs and the audience does too. From the foot stomping, hand claping, rebel rousing ‘Gasoline’ to the slower, more poignant title-track of their recently-released EP, ’20 Minutes From The Border’ and the 50s flavoured all-out rock’n’roll tones of new song ‘Slag Blues’ to the now familiar anthem ‘Hold Me Back’, Goan Dogs take us on an exciting journey through some inspired songs.

While some of the lyrics teeter on the line between credible and cheesy, singer Luke St Leger delivers them in such a way that you can forget this – with guitarist Theo’s terrific backing vocals compliment the frontman’s powerful vocals, which totally stole this show, perfectly. 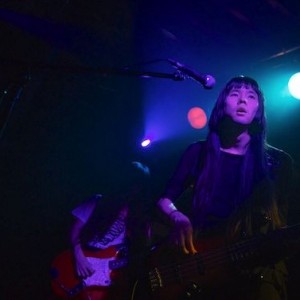 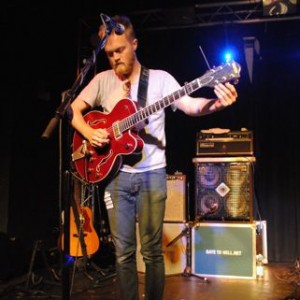 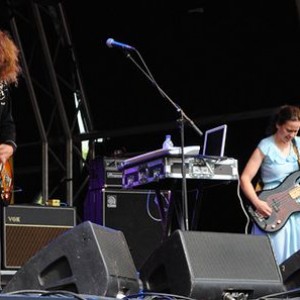