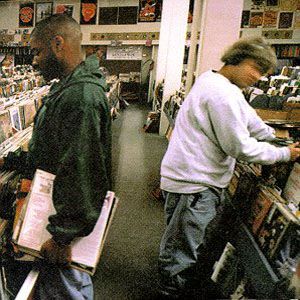 Already attracting the attentions of Rob Da Bank, this 8 piece band, Introducing, take the first album to be composed entirely of samples – DJ Shadow’s seminal ‘Endtroducing’ – and play it completely live, note for note, drum loop for drum loop, on real instruments with no backing track or sequencing in sight, a seemingly impossible task they make look easy.

It’s hard to imagine that it’s now over a decade since DJ Shadow released his classic debut album ‘Endtroducing’ – an album that inspired a generation of DJs and musicians alike, and which still sounds as fresh today as it did back in 1996. ‘Endtroducing’ was a unique piece of work, partly because it made it into the Guinness Book of Records as the ‘First Completely Sampled Album’, but also because of the intricacy with which, using an Akai MPC60 sampler and an early Pro-Tools set-up, DJ Shadow created completely original-sounding compositions. So, despite being made entirely of samples, it’s not an album that could be, or ever has been, played live by a DJ, not even the man himself… until now.