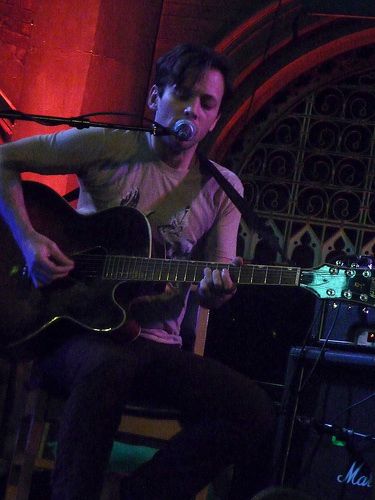 As they prepare to play a Summer season of festivals and an Autumn tour supporting the Manic Street Preachers, British Sea Power tell us why they’re looking forward to Kendal Calling…

You’ve played Kendal Calling before, what is your best KC memory?
I remember the first one we played at in the centre of Kendal. It was mostly local kids drinking in the park. We made 2 robot outfits out of cardboard boxes and tin foil. They came on stage at the end and had a fight. It had some sort of deep meaning. I jumped off the stage and climbed the tent pole to get to safety.

Tell us about the sold out Tan Hill festival you just promoted in Britain’s highest pub! Were the revellers well behaved?
It is basically a weekend lock-in in a pub at the top of the Yorkshire Dales for 250 people. It’s a lovely area, great pub, good beers and loads of bands.
This year we had Kitty, Daisy & Lewis, Metronomy, The Phantom Band, Bo Ningen, Race Horses, John & Jehn, Alessis Ark and loads more…
As well as that we had husky racing, fireworks, birds of prey, a massive fire, and a random horse.

There’s a pretty big line up at the festival this year, will you be looking out for anyone else’s sets?
As many as i can fit in. Kendal Calling usually has a lot of upcoming bands who are worth checking out.

Do you prefer performing at big scale outdoor festivals or more intimate indoor club shows?
Everyone gets asked this one. Basically the two are quite different, but if the conditions are right then Festivals can be great. People are more unhinged, drunk, dirty and feral at festivals.

How do you think indie music has changed over the past decade? How do you feel your music has evolved?
It’s diversified. New bands all the time. It’s harder for bands to exist these days, especially bands trying to start out.
I’m not sure how our music has evolved. I think we are able to record more how we want things to sound now.
People constantly evolve or devolve.
What we do, where we live, life experiences etc all contribute to how we are and write songs.

What is the craziest thing a fan has done?
The first thing that pops into my head is when we played in Newcastle once.
We let a fan go inside the 8ft Bear costume, and he taped 2 bottles of Newcastle Brown Ale to the Bears hands. The bottles smashed when he was on stage and was swinging around with 2 smashed bottles in his hands. There was glass everywhere, and i’m surprised nobody got their face slashed.
It was unintentional but pretty hairy and scary.

The Lake District is a beautiful backdrop for a festival, where will we find you at dawn?
Either by a fire, or in the Travel lodge near Preston.

What bands did you aspire to when you were starting out and have you met them?
When i was starting out it was The Pixies, Pavement, The Smiths. I’ve met a few of them. I just tried to play it cool whilst trying to get to grips with the surreal moment.

*For more info on Kendal Calling please see our preview.