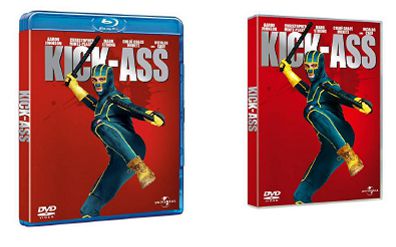 Any film which includes a loving father teaching his 11 year old daughter how to take a bullet in her kevlar vest before heading off for ice cream is well worth watching.

The comic book adaptation has exploded in recent years with mixed results. Thankfully this film manages to poke fun at the genre whilst showing incredible warmth and affection for it at the same time.

Whilst Aaron Johnson nails the accent of determined wannabe hero Kick Ass, it is Chloe Mortez playing the minor with a sewer mouth, Hit Girl, who steals the show.

The story follows the exploits of the dubiously named Kick-Ass as he tries to show the world that there can be super hero’s without any far fetched powers.

If you want a fun, grown up adventure that plays with the genre conventions then you will love this.