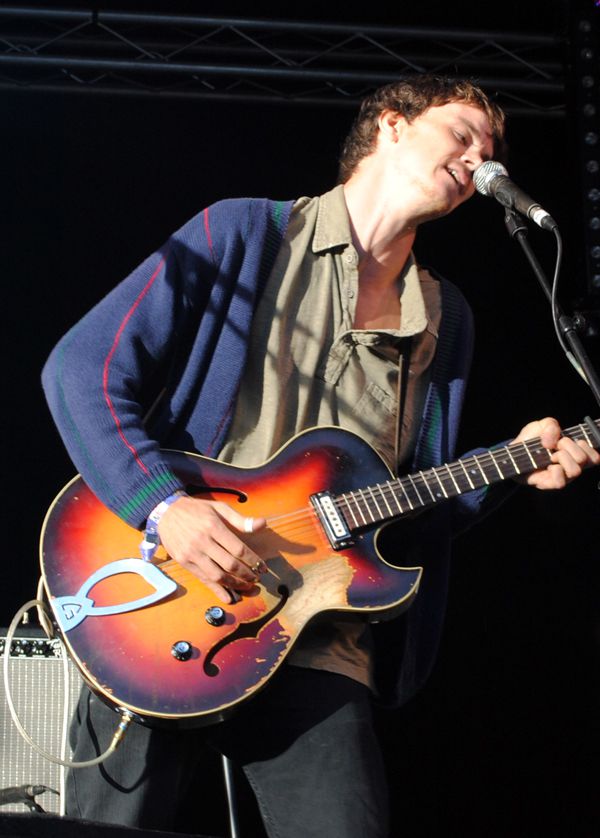 Fresh out of a the nearby End of the Road Festival (I say fresh but I swear at least two of them were wearing the same clothes), the unmistakable Felice Brothers headed to Bristol’s most famous boat venue.
Most people would struggle to hold it together during a full blown gig had they been awake for days playing music to the masses but not these boys – in fact this gig topped those earlier EOTR performances by a long way.
Apart from some slight croakiness in the old voices (and come on that’s one of the things we love about the Felice Brothers right?) they belted out the American folk like a motley crew of whisky soaked old countrymen. Think The Band, think The Boss, think The Beastie Boys (in terms of energy). Think B-b-b-b-bloody brilliant.
It’s a real challenge to take your eyes off any of the troupe making watching these guys a real treat. There’s the drummer, David, who has the best face of any drummer ever. He looks like an adorable excited kid you just wanna reward for their lust for life. Then there’s the slightly brooding Ian Felice and bandmate Christmas (real name? who knows?) who play off each other on stage like a pair of determined peacocks not knowing whether to fight or kiss. It really is mesmerising.
Highlights of this set included the sincere rootsy ballad, The Greatest Show On Earth, which builds up and up and up til it’s grabbed you by the heartstrings refusing to let go.
Here’s betting accordian genius James Felice’s heartbreaking vocals on Let Me Go home have never had so much poignancy than now…largely because these guys are clearly crying out for their home right now.
With violinist Greg throwing some awesome hip hop come ceilidh (just try and imagine it!) moves, geeing up the crowd and pounding a washboard so hard that smoke began to billow out (well, not quite but it wouldn’t have surprised me if it had the way he was going at it!) Bottling that energy into a fitting crescendo at the end pf the epic gig was the old favourite Frankies Gun.
How could they top that hey? Well guess what…they did with an encore culminating with the audience favourite and all round awesome singalong, Whisky In My Whisky.
Alltogether now: “I put some whisky into my whisky, I put some heartache into my heart…”