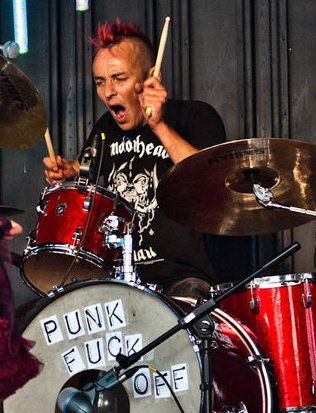 Having had their busiest year yet, playing gigs & festivals up and down the country, supporting the likes of The Damned, The Wurzels and The Beat, The Boot Hill All Stars roll into Bristol at hugely short notice for a gig at The Old England in Montpelier, Bristol, on Saturday October 2.
Expect an evening of high octane, banjo driven Hillbilly Ska. New drummer Cranmore Lydd-King of Dorset ( and current Bristol resident) brings a harder, faster edge to the already dancey sound.
So if you fancy a bit of an evening, come down to The Old England for a beer and a knees up, hoe down.
Gig starts at 9pm.
The following night (October 3) they support Hayseed Dixie in Stroud, Glos.
So perhaps you want to celebrate/drown your sorros after Glastonbury ticket scamble, then head to The Subscription Rooms for another top hoe down.
Tickets for the Hayseed Dixie gig from www.seetickets.com
More info at www.myspace.com/boothillallstars