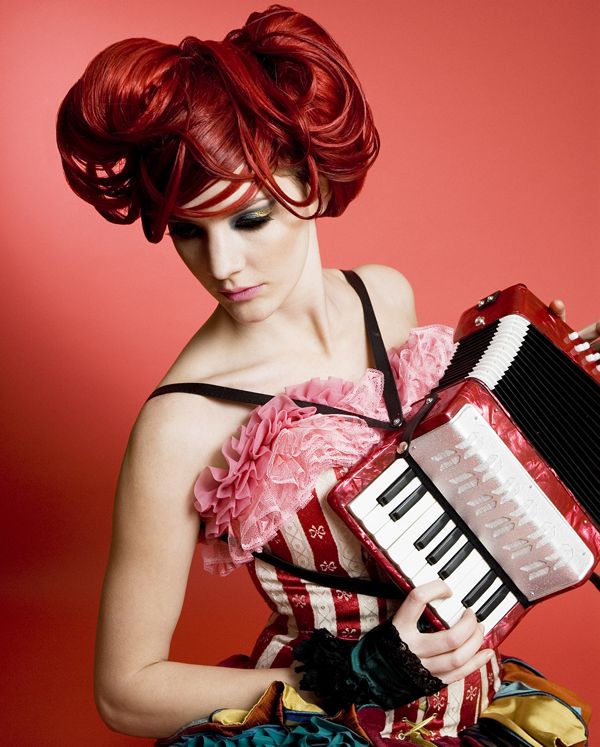 As she prepares to play a homecoming gig in Swindon, Bath-born singer Gabby Young talks to Laura Williams about her inspirational upbringing in Wiltshire, her lifelong love of music and unique approach to styling.

“When I was six years old I remember telling my mum I was going to be a musician. I never really had anything else I wanted to do.
Gabby started learning the violin when she was six and went on to try her hand a pretty much every instrument going – including the flute, clarinet, double bass, piano and saxophone.
“I literally learnt instrument after instrument when I was growing up but when I left school, I had no more access to the instruments and if I pick one up now I can hardly play. The good thing was that it taught me how to read music. I can understand why there’s a lot of people who can’t read music, it’s not necessarily needed, but I think it’s really nice to have that grounding in the classical sphere because that’s where it all began. It’s not just what’s happened in the last 30 years. It also means that my voice has endurance – a lot of the new pop singers don’t have that.
“I’m always really interested in how voices come about – like Joanna Newsom, did she create that voice or did it come out naturally? I’ve never tried to change my voice, it’s natural, I’m just lucky it has a distinctive sound.
“I was training to be an opera singer and my teacher said ‘you should be doing rock music’. I was always a rebel so the thought of living, sleeping and eating opera became hard at 18.”

Luckily for us, Gabby turned her back on opera, left her family home near Calne in Wiltshire and headed to Vocal Tech in London to do a year-long singing course. It wasn’t long before she joined a band and started performing her own songs.
“I didn’t think I was a very good songwriter,” she said. “But people were telling me different. When I came back to Wiltshire at 19, I started to play open mic nights and felt like things were moving. I did a small stint in Manchester to try and make it as a singer but I didn’t fit in at all. There’s this big drink and drugs culture up there and I’m tee total so I was never going to fit in.”
This summer has seen Gabby touring the festival circuit with her band the ‘Other Animals’ so has does she cope being one of the only sober ones in a field full of wasters (which let’s face it, sums up festivals nicely)?
“When I was old enough to realise that being a rebel was not that much fun it was something I decided made sense for me. I’ve always been a very driven person and anything that will hold me back, mentally and physically, doesn’t make sense. And I’m allergic to alcohol. I’m really lucky to have such a loving band. They get that there are certain situations where I’m going to feel like the alien. My boyfriend (Stephen Ellis from Revere) is in the band and he’s really good at steering me away form those situations too. We were really well looked after at the festivals we did this year, we stayed in hotels and we didn’t have to see the other side of the festival so much.”

Wiltshire folk may recognise Gabby from her old band, the Gabby Young Collective, which played many a gig in the Marlborough and Swindon areas in the mid Noughties then a 22-year-old Gabby (she’s now 26) was struck down with thyroid cancer – but it didn’t beat her and after a year off and a major operation to remove her thyroid Gabby came back fighting.
“After taking a year off to sort that out I had a chance to reassess my life and decided to move back to London. If I stayed in Wiltshire, it was just going to take more time to get where I wanted to be. As soon as I moved to London, I started to piece together all the animals. I met my band along the way, quite a few came from the Internet. I found my trombone player on Gumtree – he’d posted an ad saying ‘anyone want a bone in their band’, I was intrigued and replied and it worked out perfectly. I feel lucky to be a child of the Internet generation. From the very start, I had this whole worldwide audience to tap into through things like Facebook and Twitter. I’m very aware that my music is all over illegal download sites but I’m very flattered by that – there are people all over the world who feel the need to share it – I couldn’t be against that. My main aim is to get my music out there to as many people as possible. I completely understand from a business perspective it’s not a good thing and we need to come up with a way of making music a viable business but I didn’t get into this to become a millionaire.
“Now I’m in London, it is creeping into my songs more but from the beginning, I always drew inspiration from Wiltshire – it’s a very mystical place, what with the Avebury circle etc. When you live in the middle of nowhere, surrounded by fields, your imagination can go wild. But when you’re in the city it’s all streets and houses and there’s a limit to where you can go with that.”

With many a string to her pretty bow, Gabby has a much more hoilistic view to her business. Not only does she write and perform her own songs, but she initially released her debut album We’re All In This Together on her very own record label – Gift of the Gab Records. The album is being re-released this month on World Connection with four bonus tracks. Gabby’s shows are bursting with creativity with the Gaberdashery, a stall which hosts original pieces by designers and artists, for fans to peruse and buy. She also organised a competition to design posters for her forthcoming tour, with some stunning results.
Gabby said: “I love dressing up and I have always been very interested in the Victorian style. Bath is a great place to get inspiration for clothes. I also have a stylist, Katie Anthony. I say ‘I want something like this for a show’ and she will find something suitable. One of her best suggestions was a London-based designer called Inbar Spector, who has been lending me pieces. I can’t keep them – there’s not enough room in my wardrobe.

* Gabby Young and Other Animals play Swindon Vic on November 13 and Bristol Fleece on December 4. More info at www.myspace.com/gabbyyoung