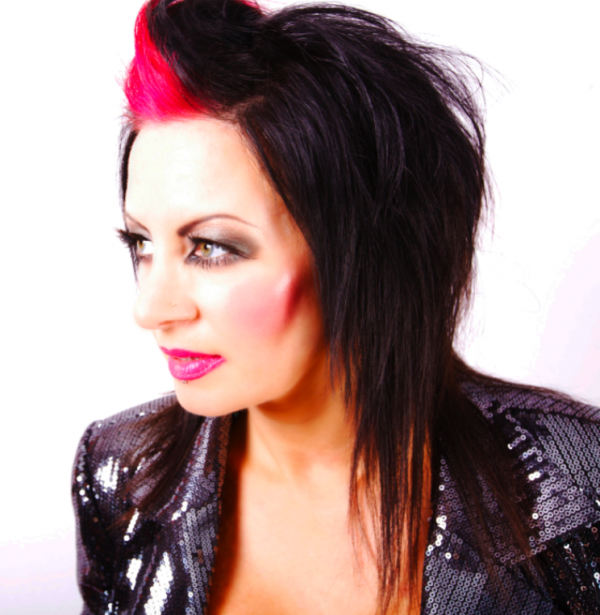 Following on in our international superstar DJ interviews after our recent catch up with Paul Van Dyk, 247 Magazine decided to go a little closer to home this time and chat to one of the UK’s most successful music exports (and certainly one of our more credible ones!) of the last 10 years or so – the ever wonderful Lisa Lashes, as she prepares to headline Sugar’s massive event on the 12th of November.

Over her career, Lisa’s certainly seen the landscape of the club scene change and of course the very essence of being a DJ & producer “These days you have to be more than a DJ. I have my Lashed record label which I’m now up to 13 releases on and I’ve also done 5 Lashed parties in England 2 in Ireland, Scotland, Wales and a huge party in Holland in December which helps me stay at the top of my game. I’ve also been making tunes on the more trancy side which is my International sound and these are being signed up by all the top labels including Spinnin, Musical Madness & Discover so it’s always work in progress being a DJ, no time to take my foot off the accelerator! I’m really happy I have a great time of people who work alongside me as well behind the scenes helping maintain my social networks and website which is a must for any DJ. I have also launched my podcast this year which has over 60,000 subscribers at the moment monthly!”

Certainly sounds like diversity, musical open-mindedness and a desire to innovate is at the forefront then? “I think to have longevity in any career you have to change your style to update it and keep on tracks of what’s going on in the outside world. I’m lucky to be able to play a few different styles of music and I think now more than ever, DJ’s are experimenting with different music genres in their sets which is great. For me especially, Im able to incorporate all the music I like in my sets rather than stick to one same genre which gives my audiences more variety of music when they come to a club to see me DJ.”

The last 12 months have seen plenty of clubland struggles with falling numbers, yet for every struggler, there’s a strong brand that continues to grow and push the boundaries. Sugar seem to have this nailed in the South West – we thought it would be good to get Lisa’s insight into this renowned party and what she thinks makes them tick “I played for them back in November 2008 and it was a great party – their guys put their heart and soul into the event and you can really tell this with atmosphere in there! Not sure what the secret is maybe just simply passion for the music they love!”

Catching up with Lisa was certainly something of a revelation – it’s amazing just how much work an artist has to do behind the scenes and how fast things are progressing for those at the very top of their game. So what does Miss Lashes have planned over the next year? “We’ve been asked to put on Lashed events intentionally in places like Holland and Stockholm, so there’s a bright future for me putting on the Lashed events. I’ve got over 10 tracks ready for release on labels including Musical Madness, Spinnin and Discover for my international sounding tunes so that keeps me very busy. The new tracks have been remixed by the top trance producers that are making waves this year including Artento Divini, Jordan Suckley, Gary Maguire, Yan Lhert and Ummet Ozcan to name a few. There will be an album out in the first part of next year too which I’m working on. Monthly podcasts, releases on my Lashed label and DJing around the world should make sure the next 12 months will be a very busy one which I’m really looking forward to. I’ve also just been approved my USA Visa to I will be over there a lot for the 1st 6 months of 2011!” Certainly sounds like she’s going to be a busy lady!

Catch Lisa Lashes and an all star line up at Sugar, Sedgemoor Auction Centre, Bridgwater on the 12th of November.