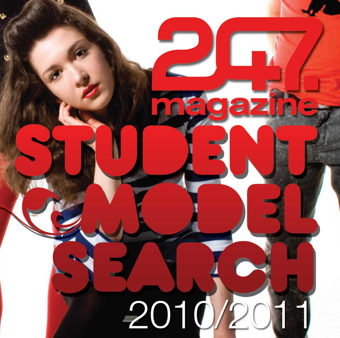 Thousands of people cast their votes during November and December and we are pleased to announced the finalists of this years 247 Magazine Student Model Search.

A big thanks to everyone who entered and voted. The final 10 people move onto the final stage of the competition and will be invited to take part in a fashion shoot by Smile Studios, with styling and clothes provided by sponsors Prime Delux, Forty Five Clothing and Arena Creative Hair.

Judges will then pick the final winners – one male and one female who will feature in their own exclusive shoot and win a range of goodies from the competition sponsors. The winners will be announced at a special winners party at Jack Chams, Ebrington St, Plymouth.