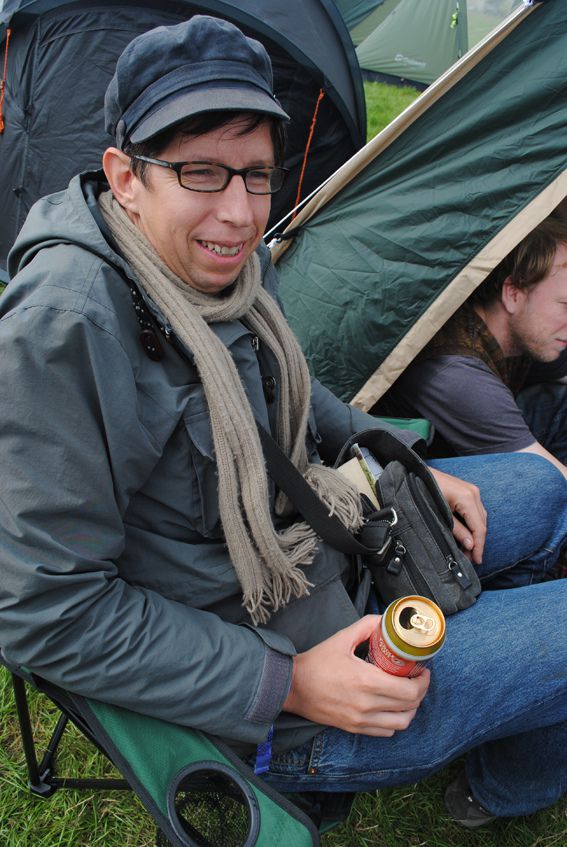 One of London’s most up and coming venues played host to a series of Winter Sprinter gigs organised by indie label Fortuna Pop!
We just couldn’t resist hopping on the Megabus from Bristol on Thursday night for a decent dose of former Hefner frontman Darren Hayman and the Secondary Modern and Hefner-soundalikees The Wave Pictures and boy were we not disappointed.
Even if you work a normal job you can pick up the 5.30pm Megabus from Bristol and be in the big smoke by 8pm, hot foot it back to Victoria for the last coach home at 11ish and still get chance for a tenner (if you book far enough in advance).
Ok, so we missed the first band (something to do with Leafs) but we got to The Lexington in time to see The Wave Pictures command the crowd. With their slightly awkward yet reassuringly confident (an oxymoron I know) demeanour they wail through a set of the most beautifully self indulgent indie pop – you can almost hear the sound of all those corduroy flares rubbing together as the pigeon toes do their thang. From the awesomely catchy Cassius Clay to the beautifully honest Nothing Can Change This Love we were treated to a lovely bundle of emotive indie songs and while you cannot fail to compare them to their cult hero predecessor’s Hefner, one could argue that The Wave Pictures’ lead singer, David Tattersall, has a much stronger voice than Mr Hayman. But let’s face it, you don’t love Darren Hayman cos of his impeccable vocal range, the reason you love him is his undeniable sincerity, his quick wit and his fantastic ability to pen top quality indie pop tunes whatever his outfit.
In this guise, with The Secondary Modern, Hayman focuses on Essex and his homelife (exemplified by Essex Arms). Blasting through songs about rappers lesbians (Essex Arms), fish (Big Fish) and rappers (The Wu Tang Clan) with such might that you want to join him on stage gurning and stomping – but you don’t, you just tap your feet, grin from ear to ear and occasionally join in with one of the catchy choruses. Altogether now; ‘Don’t wanna be a…big fish in a…little pond anymore!”
His talent was also proven when he started the encore with a track written that day (a track whose name escapes me) which despite his protestations proved itself to be one of the best tracks of the night.
A spokesman for Fortuna Pop! said: “For years our friends at the Track & Field Organisation ran their Winter Sprinter on the first week of the new year, an otherwise cold and barren week for live music. Now they no longer exist we’ve decided to step into the breach, make off with their idea, and provide three nights of the best bands around, designed to warm your cockles and bring a smile to your face in that otherwise dismal time right after new year.”
Thank you Fortuna Pop!