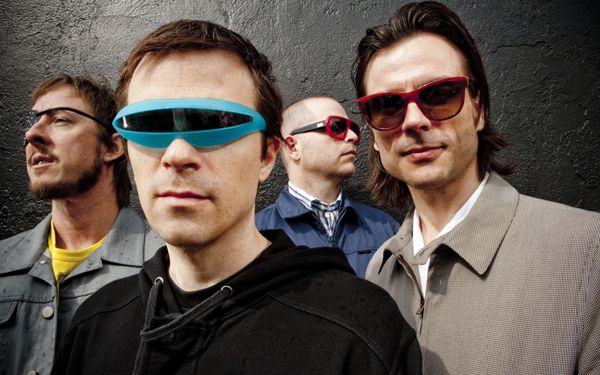 US alt-rock superstars Weezer will play this year’s Sonisphere Festival with Airbourne, Architects and Diamond Head, it has been announced. Weezer are one of the biggest, most popular bands to emerge from the alternative rock scene of the 90s, with more Gold, Platinum and Silver (records) under their belts than Fort Knox, a string of notable awards nominations – including the prestigious Grammy – and an impressive list of chart positions. All this will come as no surprise to anyone who has had the pleasure of hearing frighteningly infectious power-pop classics like “Buddy Holly”, “Hash Pipe”, “Undone – The Sweater Song”, “Beverly Hills” and “Pork and Beans”, and this will be Weezer’s only English festival appearance of 2011. Next up, coming in from Warrnambool, Australia, Airbourne return to Knebworth to deliver a raucous set of potent rock and roll fury. Last, but by no means least, heavy metal pioneers Diamond Head join the Sonisphere bill for the biggest and most exciting show of their thirty-five year career. The festival, which takes place at Knebworth in Herts from July 8 – 10 , has already revealed a shit hot line up including Biffy Clyro, Slipknot and Motorhead. Other confirmed acts include Parkway Drive, In Flames and Mastodon. For more info on Sonisphere 2011 please check www.sonispherefestivals.com