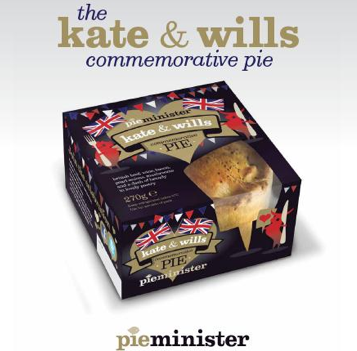 As excitement about the forthcoming Royal nuptials reaches fever pitch, and streets across the land prepare bunting and dust off trestle tables, the Bristol-based Pieminister launches two new delicious pies to commemorate the historic event. Both have been released to coincide with the ever-popular British Pie Week (March 7 – 13). The limited edition Kate & Wills pie is made with British beef, wine, bacon, pearl onions, mushrooms and a dash of brandy and will be available in Sainsbury’s stores nationwide. The Royal Pear pie, a new addition to the expanding Pieminister sweet pie range, is made with poached pears, rum and Fairtrade chocolate will be available in selected Waitrose Stores and online at Ocado. Both pies will also be available through independent food shops and Pieminister outlets in Bristol, Oxford, London and Trentham as well as through Pieminister’s online shop at www.pieminister.co.uk

WE THE PEOPLE 2011: A BRAND NEW FESTIVAL FOR BRISTOL