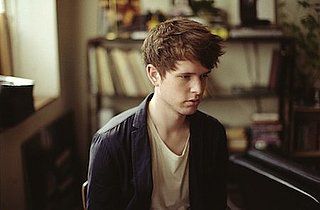 Despite a noticeable absence of support acts or warm up bands James Blake managed to stir a real excitement amongst the crowd as he entered the stage of the Thekla. His coy presence and silent poise seemed enough to pass exhilaration through the audience, who proceeded to take it in turns to hush each other throughout the gig.

James Blake and his two band members delivered a sensitive and emotional set of his newly released album ‘James Blake’, each song felt carefully considered and consciously adapted to present an evocative performance that tenderly transformed mechanical electronic sound into feeling.
The extended, dramatic pause followed by an unexpected drum solo for ‘limit to your love’ was a welcomed surprise and added a lovely contrast and ‘live-ness’ to the music, which is difficult to achieve in a predominantly electronic setting.

Blake manages to cross genres imaginatively and creatively to resonate his audience. It was clear to see that all the musicians were highly talented and the momentary glimpses of instrumental ability were perhaps more compelling because of their infrequency. It is difficult not to be impressed by the mix of different musical styles and techniques produced in an acoustic performance.

At the end of the gig it was commented that Blake had a distinct lack of showman ship, but it seemed to me that his shy and understated persona added an unspoken, mysterious element to his presence, a humanity that we could all relate to and a far cry from how we have come to expect successful musicians to be.

Overall Blake’s extraordinary style and unusual collaboration of sounds provides a gentle and delicate performance not to be missed.