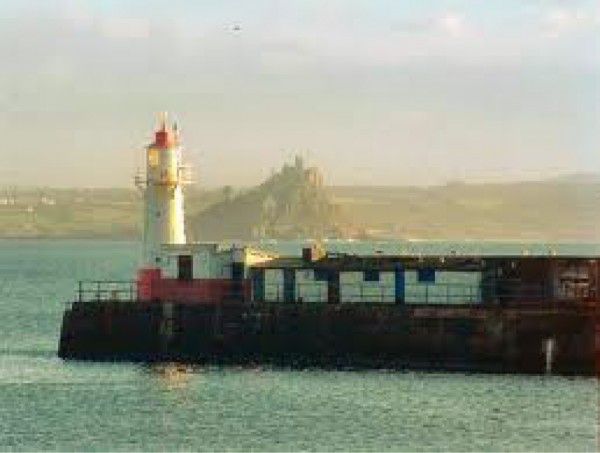 With a long, grand and beautiful coastline worth boasting about, Cornwall is gearing up to help celebrate the 5th annual British Tourism Week, engined by ‘Party on the Pier’. The UK still has 55 seaside piers and on Saturday 12th March, 34 of these piers across the UK are joining in the celebrations, including three Cornish piers: Falmouth, Looe and Newlyn. The Prince of Wales Pier, Falmouth will be jumping in their seaside time machine and reliving the pier’s heyday from the 1870’s – 1950’s. Local Falmouth-ers, dig out your dressing up box and dress up in the period and come and enjoy a display of photographs laying out the history and heritage of the pier between 1-2pm. In Looe, they will be going slightly more alternative and invite visitors to come and enjoy some banjo performances from midday onwards. Alongside the unique performance of banjo players, Cornish band Kath and her Bluegrass Boys will also be strumming their stuff at the Pier Café.
Newlyn’s Old Harbour will be rippling with activity from the local fleet of luggers (traditional boats), artists, heritage information and other activities. The renowned fishing harbour will be doing their part in British Tourism Week from 10am onwards when locals are encouraged to bring their sketchpads and cameras and indulge in the stunning harbour which has inspired so many artists in the past. British Tourism Week runs from 12th-20th March 2011 and helps to promote, fund and maintain some of Britain’s tourist hotspots. Tourism is Britain’s fifth largest industry, and British Tourism Week raises awareness of the importance of tourism on the British economy. Malcolm Bell, Head of Tourism at VisitCornwall, the Cornwall Development Company tourism service, comments “As one of the country’s lead tourism destinations, Cornwall is delighted to be taking part in VisitBritain’s British Tourism Week’s celebrations by hosting three of our very own Parties on the Pier. Our coastline is the longest in Great Britain and this is an excellent opportunity to showcase the diversity of our coastal scenery and maritime heritage.”
More info at www.visitcornwall.com