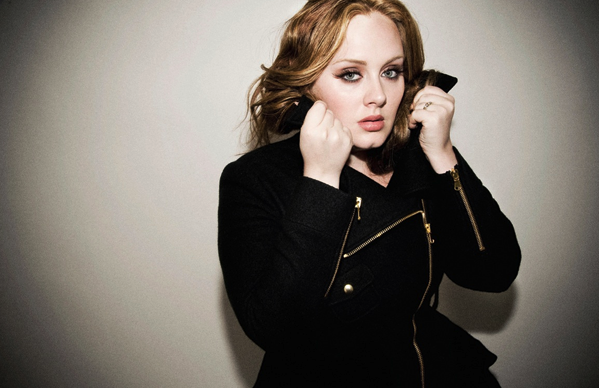 How did you prepare for recording the new album?
To start with I was doing a lot of hopping from one studio to the next and trying to find somewhere that had a good vibe. I also met up with a lot of producers and writers and musicians and hung with them out a little bit. I always like to hang out with people for a while before I work with them because it someone’s got a shitty sense of humour – no matter who they are or how good they are – I can’t sit in a room for seven hours with them if they don’t get my jokes.

Were you surprised at how well your first album, 19, did?
I really was. I thought it was just going to be a London or UK based album, I didn’t expect it to spread to so many places. I thought it would just be my friends and family buying it so I wasn’t expecting it to sell thousands of copies at all. I was hoping for a thousand. I personally didn’t have any expectations as such, but it surpassed anything my record company XL expected it to do. Obviously they believe in me because they signed me, but I don’t think they thought 19 would propel the way it did. It was really bizarre and surreal.

What were you doing work wise before you released the album?
I spent three years as a support act for people like Jack Penate and Jamie T and some alternative things, like some amazing American soul artists like Amos Lee and Raul Midon. Then suddenly it was like I’d popped out of my mum’s fanny singing Chasing Pavements. Then the Critic’s Choice and the BBC Sound and all that kind of stuff happened. All of us had been so in control of what I’d been doing, and we did things because they felt good and they felt right. Then all of a sudden the album took on a life of its own that we couldn’t control. That’s what made the success even stranger – the fact it got taken out of our hands to a certain extent.

And then you ended up with a Number One album…
I know, it’s mad. Basshunter kept the single Chasing Pavements off Number One for four weeks with Now You’re Gone, but it went straight to Number Two which I was so pleased about. That was really weird because I wasn’t even in the UK when it happened. I’ve always been the biggest music fan and since I was about 11 I’ve been so aware of the top 20 singles charts and top selling albums and stuff, and I was actually in New York when all of this was going on. I was having dinner with some people and my manager very casually said that I was Number Two. He just kind of dropped it into the conversation like it was really normal. I was so freaked out.

Changing the subject totally, which beauty products do you swear by?
Because I wear a lot of make-up when I’m working I like to use skin food by Weleda because I feel really replenished when I do. My skin feels back to life and not caked in foundation. I’m also obsessed with lip balms and I use loads of different makes. I’ve got about ten on the go at one time. I love Chanel make-up, and perfume wise I wear Christian Dior’s Hypnotic Poison.

And you also love false eyelashes from the looks of things?
Oh yes, I love Shu Uemura and MAC eyelashes. I like to look like a drag queen. I’ve never had those eyelash extensions you can get though. My mum has them and she wakes up in the morning looking like she’s hungover because they’re all bent! I can’t maintain my eyelashes myself so I need someone to do them for me and false ones work on me. Shakira looks amazing with her big eyelashes and no other make-up, but I don’t think I could get away with that look. I like false lashes and plenty of eye make up.

Who are your beauty icons?
I think Fearne Cotton always looks really beautiful and really fresh and like she hasn’t make much of an effort. She looks like she’s just rolled out of bed looking that amazing. I can’t do that – I need a lot of prep – but she’s naturally lovely. Halle Berry always looks pretty nice too, and Queen Latifa has got the most amazing skin ever. She actually looks better without make-up than with it.

Who are your female heroes?
Obviously mum is a massive idol, and Bette Milder is as well. She’s the epitome of an entertainer. I think she’s truly incredible. I’ve always been aware of her because you’re kind of born being aware of her, but I properly lost my breath when she was on last year’s Royal Variety show. I just thought she was stunningly incredible. She was funny and witty and talented and charming. If I ever met her she would completely hush me down. She looks like one of those women who would command your attention, even when she’s not trying to.

INTERVIEW WITH KINGS OF LEON