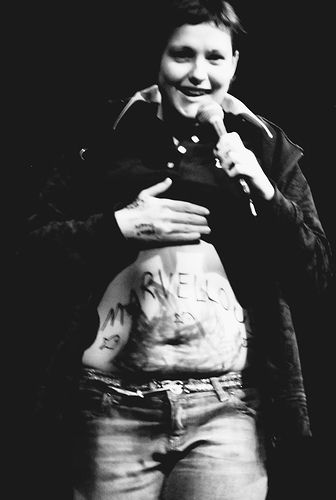 Wales’ best-kept comedy secret has announced its full line-up as it prepares for a Royal weekend of comedy. Nestled in the historic mid-Wales town of Machynlleth, the comedy festival will see some of the best comedians in the UK performing over three-days of amazing comedy. Joining the likes of Robin Ince, Isy Suttie and Jon Richardson will be Pappy’s, Daniel Kitson, Nick Helm, Elis James and Josie Long. Long, one of the rising stars of British comedy, is putting on a special play alongside her Be Honourable show.Isy Suttie (Peep Show) is currently touring her ‘Love Lost in the British Retail Industry’ show, is delighted to be back at Machynlleth for the second year running.
She said: “Machynlleth is a lovely town – I like a town where you can walk from the station to wherever you need to go. There was such a great atmosphere during the festival and it felt unique. It also felt like Edinburgh Festival where spontaneous things can happen on stage and it’s exciting. I’m learning Welsh so can now pronounce the name, and that’ll be the first thing I do when I walk onstage. I can count to 50, name approximately 20 animals and pronounce Machynlleth.”
The festival takes place from Friday 29th April until Sunday 1st June and crammed into three great venues will also be Chris Boyd, Maeve Higgins, Benjamin Partride and Simon Munnery. Welsh-language hero Tudur Owen will also make his return to the festival, leading a 10-strong troop of Welsh-language comedians – showing the festival’s commitment to promoting Welsh-language comedy.
Festival director Henry Widdicombe says it’s looking to be a great weekend in Machynlleth. “It’s really exciting to see so many brilliant acts on the bill,” he said. “I’m really looking forward to seeing everyone again and giving Machynlleth the chance to explore some great comedy. I’m particularly excited to get Jon Richardson here this year, after he got stuck in Australia because of the ash cloud last year. He’ll definitely be one to watch, although the whole bill is so good I’m going to have a busy three days trying to see everything.”
More info at www.machcomedyfest.co.uk Tickets from www.wegottickets.com