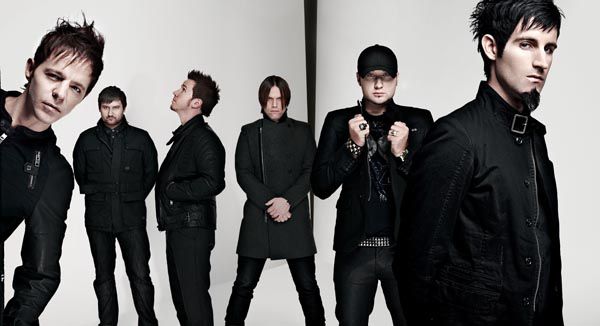 We’ve been biting our lips on this announcement since January, but finally, we can reveal that Pendulum are the latest headliner for the Eden Sessions at the Eden Project in Cornwall. Inspired by the huge success of Chase and Status appearing at Rumble in the jungle last summer at Eden, the powers that be who book acts for the Eden Sessions took note, and have delivered the biggest Drum and Bass/Rock crossover act in the scene today.

Pendulum took the dance scene by storm with ‘Hold Your Colour’ in 2005, combining electronic synthesizers and drum ‘n’ bass with traditional rock instruments and developing a new vision for the dance scene. It’s fair to say that Pendulum have filled a gap in the music industry with their energetic and exhilarating performances. Recently supporting Linkin Park of their ‘A Thousand Suns’ tour and headlining at Future Music Festival in Australia in March Pendulum have taken their stride around the world and left some phenomenal musical footprints in their path.

Pendulum are headlining the Eden Sessions on 25th June, with support to be confirmed.

Tjarko Wieringa, “Eden Sessions Creative Director, said: “Pendulum are another great act for this year’s Sessions and their energy, enthusiasm and sci-fi sensibility is the perfect fit for Eden’s unique amphitheatre.” Eden Sessions are celebrating their tenth anniversary this year with what is shaping up as one of the best line-ups so far.

Tickets for Pendulum’s Eden Session cost £37.50, plus booking fee, and will go on sale to Inside Track members at 6pm on March 15th and on general sale at 6pm on March 21st.

Inside Track participants have a week to decide whether they want to buy their tickets before they go on general sale. Memberships and tickets can be bought at www.edensessions.com or through the Eden box office on 01726 811972.