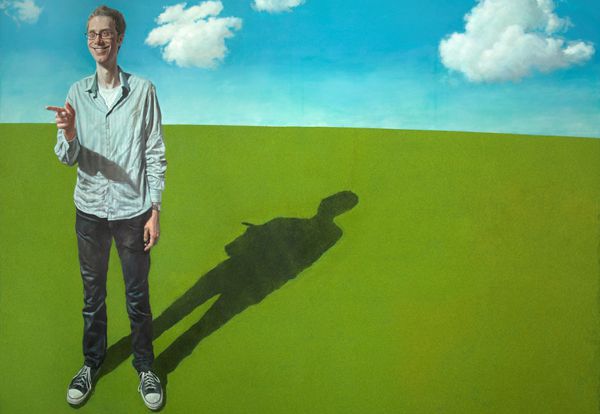 Co-creator and genius behind hit show ‘The Office’, Stephen Merchant has announced his first ever stand-up tour. The comedian makes his debut appearance on stage in his show ‘Stephen Merchant Live: Hello Ladies’, kicking off at the Swindon Wyvern Theatre on 6th September. He then goes on to do more than 40 dates, including Bristol Colston Hall on 20th and 21st October, Plymouth Pavilion on 3rd November and Cardiff St David’s Hall on 11th November.
Since the collaborative success of TV shows ‘The Office’, ‘Xtras’ both of which he created with loyal fellow comedian Ricky Gervais, Merchant has commented on the motives for his next career move: ‘Most people don’t realise that I was a stand-up comedian before I met Ricky Gervais and his coat-tails. Life can be lonely as a TV writer so this tour is a great opportunity for me to get out there and meet my fans. And make at least one of them my wife.’ Charismatic and charming he may be, it is not surprising that Bristolian Merchant has had his fair share of success in the past ten years. Not only has he had his success with Gervais, but he also has a new show, ‘An Idiot Abroad’ and has worked on various films, such as, ‘Hot Fuzz’ and Run Fat Boy Run’ with Simon Pegg and directed ‘Cemetery Junction’ with Gervais in 2010. His cheeky, energetic presence combined with classic British sarcasm Stephen Merchant sure to get you chuckling.
More info at www.stephenmerchant.com Tickets from www.livenation.co.uk