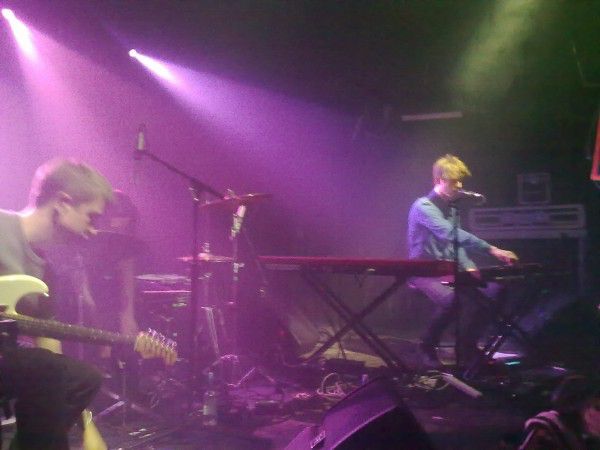 One of the main problems when artists are hyped to the max is the annoying number of people at the gig to say they were there rather than to enjoy the music and that affliction hit James Blake with full force here. It was only a few weeks ago that Blake, who has been tipped as one of the musical stars of 2011, first played the Thekla (to coincide with the release of his debut album). That gig was a sell out and this one was too. Sadly, the crowd of vacuous teenagers completely ruined this one. It felt like you were on a school bus full of screeching girls with some kid racked up James Blake on their iPhone. If you’ve heard James Blake’s music it’s pretty atmospheric and stark and is just not equipped to deal with an ignorant audience. It made it very difficult to judge Blake’s performance but I’ll give it a whirl. The 22-year-old came onto stage looking like something out of a comic book, hood up, hair covering his face but we weren’t here for his looks. Sat behind one of the biggest keyboards I’ve ever seen, he looped his bare but beautiful vocals and re-created that skillfully produced sound on stage – which is no mean feat. The dubstep influence shined through on Limit To Your Love, where the bass on shook the Thekla to the core creating the supplementary sound of rattling iron. Oops. While the nu-folk vibe had it’s place in Give Me My Month, with some Mumford and Sons-esque vocals. It was the last song of the set Falling, which got the most raptuous applause, baffling seeing as some of the people cheering were the ones having a mothers meeting throughout the whole gig. Hopefully, the Primavera Sound crowd will be a bit more respectful.