INTERVIEW WITH MY FIRST TOOTH 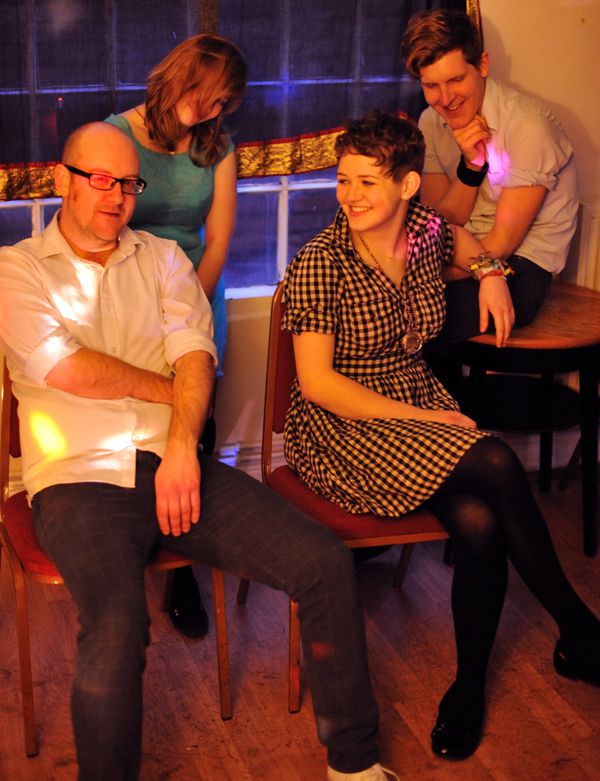 As they prepare to play the Glastonbury Emerging Talent Finals at the Pilton Working Men’s Club this weekend (April 2) for the chance to win a slot at this year’s Glastonbury Festival we caught up with My First Tooth to find out what makes them one of our favourite new indie/folk bands. The interview coincides with the release of the new single – Sleet And Snow (from the 2010 album Territories) is out on April 4. My First Tooth will then return to the glorious Westcountry and Wales later in the month as part of a full UK tour, playing 10 Feet Tall in Cardiff on April 19, Bristol Louisiana on April 20 and Cheltenham Frog and Fiddle on May 28. They’ve also been confirmed for this year’s Larmer Tree Festival on the Wiltshire/Dorset border on July 15.

My First Tooth…that’s a painful memory for a lot of people, how did you come up with the name? And are you happy with it?
Ross: I can’t really pinpoint a reason…it was an attempt to convey something simple I think. The aim when I started writing these songs was just to keep them nice, short and simple. No drums, trumpets or violins to complicate things. I think you’ll agree I’ve stuck to that plan…I don’t think it’s a good name at all, but then neither is U2.
Gareth: It is a daft name, isn’t it? I’m surprised we don’t get asked about it more often. I wish we were called Frontier Ruckus. That’s a great name.
Ross: Ha, maybe we could talk to them about a name-swap when we play together at the Brixton Windmill. May 23rd that is. Good line up if you ask me.
Jo: I quite like it. I think most band names are silly. I think ours is pretty memorable though…

You do quite a lot of gigs across the country (with quite a lot of gigs Cheltenham way) tell us about your life on the road…
Gareth: Have you ever read that book about Motley Crue, ‘The Dirt’? It’s a lot like that. Except I don’t think that Motley Crue ever stayed in a Travelodge. And we probably eat more burritos.
Jo: We have lots of fun on the road and I think it’s fair to say we all love to be on tour. Even when it’s tiring and everyone is frazzled! In the van I sleep a lot whilst pretending to read the paper.
Ross: A tour without a Cheltenham visit isn’t a real tour.
Soph: My tour is everyone else’s tour plus an extra three hours on a train at each end.
Ross: Cry me a river Soph.

You’re two boys and two girls – what are the pros and cons of that set up?
Ross: Pros. Two hairdryers is better than four. Two boys is less smelly than four boys.
Cons: If you’re into girls you’re jealous of Gareth and I. If you’re into boys you’re jealous of Soph and Jo
Gareth: We used to be 3 boys and 2 girls but there was an imbalance in the onstage sexual tension so Joel had to go.
Jo: I think the gender boundaries in our band are somewhat blurred if I’m honest.
Soph: You can never run out of ‘product’ in this band. Seriously.

Where do you draw inspiration from your songs? And is Orchards about cider?
Ross: Yes it’s about cider, and the friends I lost whilst drinking it. Wow, that puts a dark twist on it.
Gareth: Cider and black, if you will.

You’re signed to iLovealcopop…tell us about your experiences with alcopops and what was your favourite?
Gareth: That’s two questions about booze so far. Our reputation clearly precedes us. Whatever happened to Metz? Was that an alcopop? I found the man in the advert quite terrifying.
Jo: I used to like the apple ones that were £1 on a Tuesday at the rock club I use to go to. I can’t remember any specific experiences with them, and that is probably why they aren’t allowed to sell them for £1 anymore. Oh, I also liked Reef. My Mum liked Reef as well so we use to have them at home, yum yum.
Soph: I used to be a Smirnoff Ice kinda girl. That was before I discovered beer.

You’ve got through to the final of the Glasto comp…that’s a pretty cool achievement…what do you think of Glasto?
Gareth: Glastonbury has been the site of some of my greatest weekends. Also some of my soggiest. Sometimes the two crossed over. I’ve always wanted to play there. I’d like to be one of the bands that makes the sun come out.
Ross: One year a gang of us made a giant slip ‘n slide by lining up lilos and pouring washing-up liquid on them. Another year I got back to my tent and my sleeping bag was soaked through from the rain. I think I cried a bit.
Jo: I like Michael Eavis, I think he’s a good guy. I really really really hope that if we win we get to watch Beyonce. Oh, and maybe Jay-Z will be there too!
Soph: Beyonce and I will be best friends.