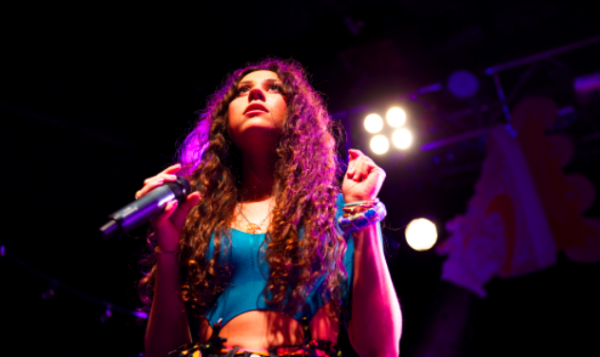 In a smoldering Bristol Academy on what had been the hottest day we’ve seen so far this year, concentrating on this long awaited show from Eliza Doolittle appeared difficult, especially among the shrill, high-pitched tones of the young crowd awaiting.

Having been rescheduled from last October, this crowd are definitely ready for her. Impressively despite only being her first headline tour and having a considerable capacity change from the original date at Thekla this show is still sold out. Eliza enters the stage and states she simply doesn’t know where to look, the venue is so packed. She talks of how the venue appears very Shakespearian, due to the positioning of the audience, top balcony are the Juliet’s, lower balcony are the Romeo’s and the main floor resembling somewhat of a pit are the paupers, which could be taken as somewhat of an offence by certain people. She continues to get the audience excited though by throwing out her merchandise “Doo it” T-Shirt into the crowd which she’s grabbed out of what reminds me of a dress-up box beside her. Once the set kicks in it appears to be a well played out well rehearsed performance, crowd interaction is of a high with a school assembly styled crowd split sing-along and a lot of chatting with the audience. A slowed up cover of Bruno Mars’ single “Grenade” to me was a highlight, although one has to wonder when a cover becomes a set highlight exactly how strong is the album?

Eliza’s stage presence is a confusing one, neither pop-princess or pop-diva she’s hard to accurately pigeonhole. A particularly strange and awkward moment comes when the 22 year old, given the very young age of the majority of the crowd, perhaps ill advisedly feels the need to explain that the irritation on her arm is due to a plaster from a blood test and not because she’s a heroin addict, she then spins it back to stating she was brave and received a lolly for it. She closes the initial part of her set with her top 10 hit “Pack Up” before launching into the encore with Mr Medicine which lyrics can definitely be cause for question, a strange note to be left on. 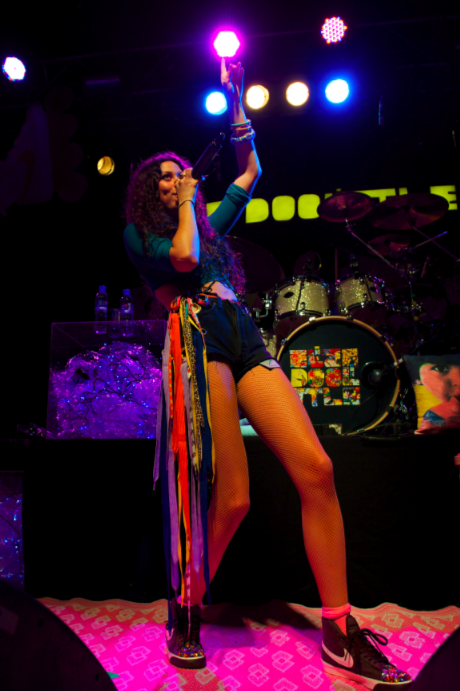