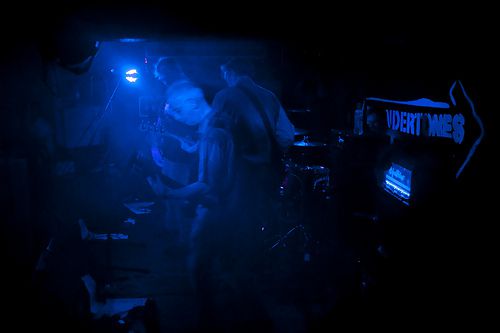 The Undertones are one of the few notable Irish bands of the past few decades. Granted they may not have achieved the worldwide fame of U2, but they also haven’t become self-righteous idiots. Win. It would be fair to say that The Undertones are known by most for their iconic song Teenage Kicks, a personal favourite of the late, great DJ John Peel; but their back catalogue of lesser known tracks have just as much candour and leave you ditching your Best Of Punk compilations (featuring Teenage Kicks alongside Buzzcocks, The Clash and Ramones etc) for one of the many Best Of The Undertones compilations – awesome albums in their own right. And it was hardly surprising that this Bristol date on their 35th anniversary tour was sold out – this was one trip down memory lane no 80s punk could afford to miss.

Original members John and Damian O’Neill are like the Gibbs of the punk world and are responsible for the infectious guitar hooks and backbone to the short, sharp tunes. Thankfully, there appeared to be no camp Feargal Sharkey die hards in this crowd and current frontman Paul McLoone (who has been touring with The Undertones for more than a decade now) brought the songs to life with some signature punk moves including a bit of half-assed skanking and some staccato shoulder jerking. The Undertones employ a simple formula for their music and their gigs to create catchy, pop punk singalong songs. Dancing to them ain’t rocket science either, you can run with the compulsory stomp, the TOTP2 style shoulder dance or if you’re feeling energetic the mad hands up or down sideways jump. As well as the obvious (Teenage Kicks) the songs which commanded the best response were My Perfect Cousin, You’ve Got My Number and Jimmy Jimmy. Oh and of course, what better way to end a long hot Spring weekend than with a sweaty singalong on a boat to Here Comes The Summer?

It is easy to see how bands like The Undertones have left their mark on modern music. You need only look at The Vaccines, who we reviewed last week, to see just how they’ve influenced new bands. The Undertones were blasting out song after song with the word ‘wanna’ in when The Vaccines (whose song If You Wanna is fast becoming the soundtrack to early 2011) were mere twinkles in their daddies’ eyes. And the subject matter of the songs too – The Undertones nailed that teenage relationship angst with songs like Get Over You, Jump Boys and Runaround. The front row was full of beaming faces, yelling every word as if they were 15 again.
It’s testament to the importance and longevity of The Undertones, that the audience of this rammed gig was overrun with men in their 40s, for whom the music has never lost it’s edge, with a splattering of 20-somethings who were awakened to the joy of the original pop punksters – albeit with more of a push start than a mighty explosion.