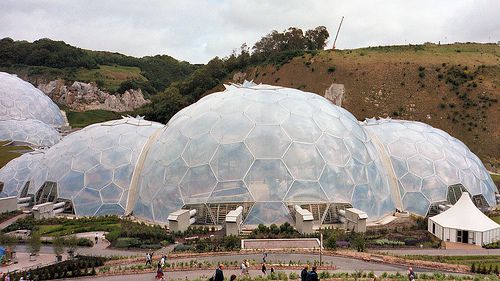 The Eden Project is looking for singers to take part in a large scale musical project called Unplugged, which will happen on June 3 and 4. Unplugged will be a zero carbon event, created without amplifiers and performed acoustically. It will be held all over the Outdoor Biome, taking advantage of the former clay pit’s natural acoustics and showing off Eden’s ready-made amphitheatre. It will consist of around 100 voices from local musicians, composers and choirs, including the Eden and Imerys choirs and the BBC Proms Family Orchestra among others. The organisers are also looking for individual singers to take part in the event and the workshops leading up to it. The workshops, which start in May, will give the participants the chance to help shape the final piece.

Unplugged, which forms part of Eden’s tenth birthday celebrations, is part of the ongoing collaboration between Eden and Cape Farewell. Cape Farewell is a creative project that helps people to engage in the subject of climate change by combining science with music and the arts. This event has been created by London-based composer, Tim Sutton along with Vicky Long, creative producer for Cape Farewell. The music itself has been inspired by different folk traditions and the history of mining to form a piece that encourages people to think of Eden’s background, and the connection between people and the environment. Tim Sutton said: “I’m really excited by the possibility of working with Cornish musicians to create a piece which will inhabit the great outdoors. The aim is to invite people to experience Eden in a new way, with heightened attention to and appreciation of the sounds of the natural environment, reflecting upon our responsibility towards it.”

The performances will take place at 4pm on Friday June 3 and at 1pm and 4pm on Saturday June 4. The musicians will be positioned so that visitors to Eden will be able to enjoy Unplugged from wherever they are on site. For more information on the Unplugged event and how to take part, contact Amie Rey arey@edenproject.com

GET YOUR FREAK ON THIS HALLOWEEN AT CONEY ISLAND