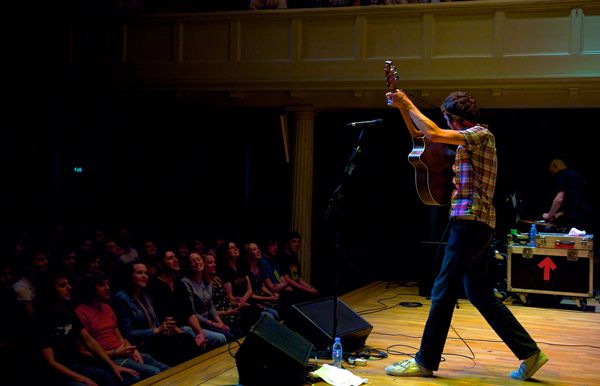 There’s something pretty special about Frank Turner gigs – the overwhelming feeling of cameraderie and collective consciousness. The formula is a simple one – raw guitars and vocals and simple yet poignant lyrics about life, love and loss.

Last time I saw Frank was at Strummerville. The gig was in a rammed disused East London car park and the crowd was very merry and somewhat sweaty from several hours of drinking and dancing. Here we found ourselves seated in the ornate St George’s church off Park Street, an altogether different proposition. Frank came on stage and seemed a little surprised at the refined setting but took it in his stride and it wasn’t long before the crowd responded in the predictable way of clapping, singing and eventually, standing and dancing. It was touted as ‘An Evening With Frank Turner…’ and that it was.

He opened with I Knew Prufrock Before He Got Famous, bare and exposed on the grand stage a lesser act could’ve appeared a bit rabbit in headlights but Frank is a seasoned performer (that Strummerville gig was his 1,000th gig) and he belted out the soaring folky number. From here he upped the tempo with Try This At Home where he spat the lyrics ‘cos there’s no such things as rockstars, there’s just people who play music and some of them are like us and some of them are just dicks.’ True that. In fact, that’s probably why Frank Turner is so likeable. He’s getting bigger with every tour (a few years back he was supporting the Levellers in Bristol, he then migrated to the Anson Rooms and here he is at St George’s) but still he remains down to earth, still his gigs inevitable culminate in a mass singalong where he stands shoulder to shoulder with his awestruck fans. That’s how you connect with your audience!

My only criticism is that sometimes his lyrics and songs sit on the wrong side of cheesy, especially in the recent I Still Believe, where he croons ‘who’d have though that something as simple as rock’n’roll could save us all,’ while standing coyly under an old painting of Jesus Christ. Music is our religion hey?! And when he slows things down with Better Half it drags with a 90s throwback sound, like one of those forgettable Supernaturals album tracks. This signified a slight lull in the set and his new offering Balthazar Impressario failed to impress.

Thankfully things picked up again with the iconic Love Ire and Song, Long Live The Queen and The Road. These songs alone made the gig worthwhile. The kind of classic songs which you know you’ll be hearing for years to come. It was by this point that the whole place was on it’s feet, clapping, grinning, singing and stomping along to the rhythmic punky folk anthem – think a more credible, relevant Levellers. But it was his most well known hit, Photosynthesis, which stole the show and captured the hearts of pretty much every 20 or 30 something in there.

For most of the gig, Turner cut a lone figure on the stark stage but the encore saw support acts Ben Marwood and Franz Nicolay (The Hold Steady) join their tour buddy on stage for some awesome covers – including a cover of The District Sleeps Alone Tonight by The Postal Service and Song To Woody by Bob Dylan (whose birthday it was that day). Check out Frank on Youtube and you’ll see that he pays endless homage to his influences in the form of covers songs which prove more hit than miss. Better than that though, go catch him live! 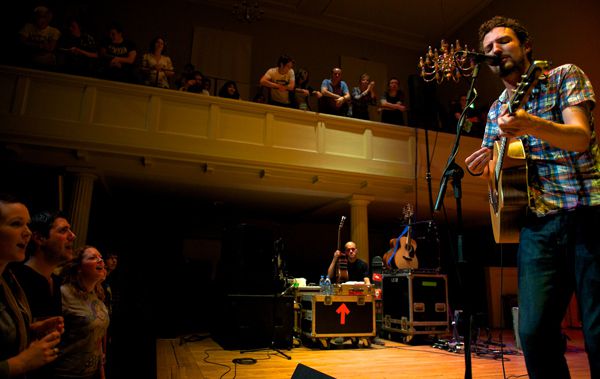 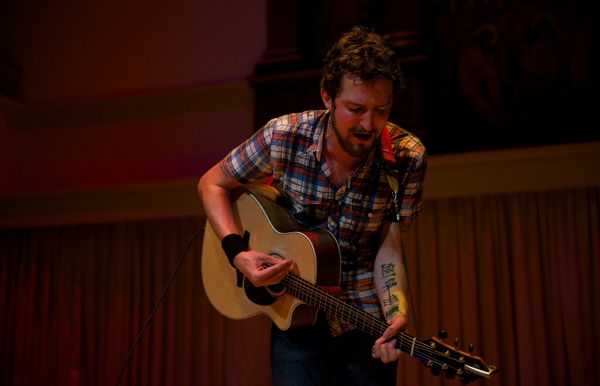 WE THE PEOPLE 2011: A BRAND NEW FESTIVAL FOR BRISTOL